Hamilton: Vettel is a great athlete and he will recover 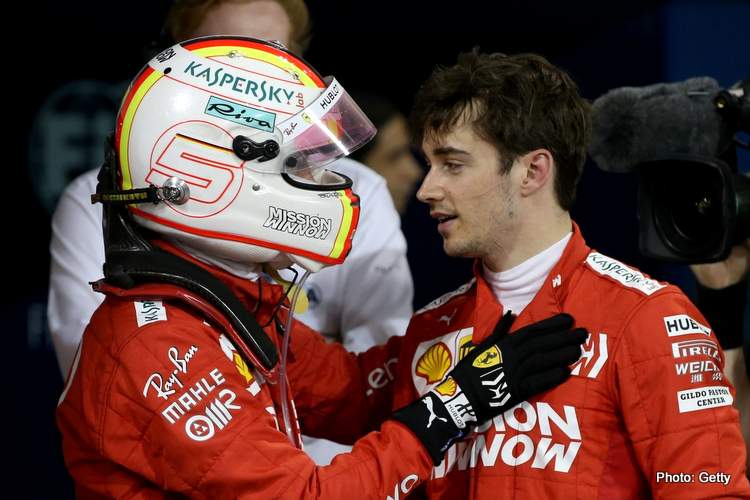 Sebastian Vettel has found a supporter in the unlikely form of his archrival Lewis Hamilton after the Ferrari driver copped a great deal of criticism for an error he made during the Bahrain Grand Prix on Sunday.

Around lap 37 of the race, duelling furiously for second place, Vettel and Hamilton battled wheel-to-wheel through a succession of corners, the Mercedes edging ahead of the Ferrari before the latter spun out when the rear of the SF90 snapped on him.

Vettel explained, “I tried to get back on the inside just like the lap before, I think, Turn 4 was one of the trickiest corners. My mistake, I lost the rear and I spun. Wind probably didn’t help, it was turning in to a tailwind in that corner the whole race. I lost the car very suddenly, and once I spun it was obviously too late.”

Shortly after recovering from his wayward moment, the Ferrari swallowed its front-wing in a spectacular shower of sparks that forced the #5 car to pit for repairs and what was a sure podium, possibly even a win, turned into fifth place on the night. Leclerc was third, missing out on a win when ERS almost grounded his car.

Vettel explained, “I think during the spin I damaged the tyre so much that I had quite a lot vibrations, which I then think led to the failure of the front wing.”

Inevitably Vettel’s failings in Bahrain were highlighted in the wake of the weekend, apart from being thoroughly outqualified and outraced by his new teammate Charles Leclerc the German’s temperament under pressure was again cruelly exposed and of course, the criticism flowed.

But afterwards race-winner, Hamilton defended his rival when he told reporters, “It happens to all of us. Just because you’re a multiple world champion it doesn’t mean you’re not going to have off-weekends.”

“It’s more accumulative. You look at Vettel’s career and he’s had stunning performances that far outweigh the weaker races, and when he’s spun, for example, they are minuscule on the status that he’s accumulated and created.”

“He’s a world champion and a great athlete, he will recover. There are always times when you happen to just not get the right car set-up. You guys don’t get to see all the little things that we’re doing and it just doesn’t happen to work that weekend and the differences are so small, yet they look so big.”

Meanwhile, Vettel appeared unfazed when explaining his latest gaffe, “I don’t think it has anything to do with pressure.”

“When I was fighting with Lewis the target was to stay ahead, that was the ambition, and I got a surprise when I lost rear that sudden, and once I was in the spin it was already too late.”

Vettel’s mistakes last year are well documented but it is worth remembering how error-prone he tends to be under pressure:

Big Question: Is Seb wilting under the pressure?