Alonso’s Kimoa down a million euros after first year 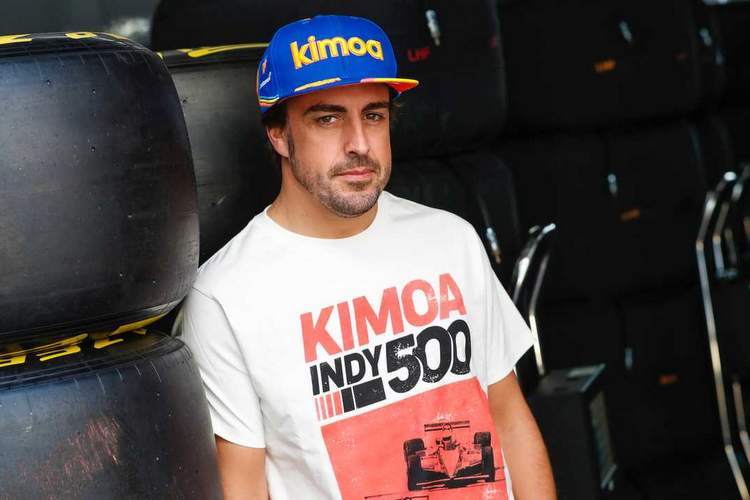 Fernando Alonso’s clothing brand Kimoa has been a permanent fixture as part of the Spaniard’s public attire for a couple of years but, despite the massive exposure, the company ran at a loss in its first year of sales.

The brand is dedicated to selling t-shirts, caps, sunglasses, swimwear and other leisure garments with a focus on youth and urban culture with the double F1 World Champion fronting the Kimoa image.

The adventure began in 2016, and was setup commercially in 2017. Since then, Alonso has worn the various apparel including personalized caps for each major event in which he races.

Last year the distinctive Kimoa logo featured on the rear wing of the McLarens, while the double Formula 1 World Champion is hardly ever seen without the company cap.

But, according to a report in Cinco Dias, the venture is running at a loss: “In its first full year of activity, and with sales income, Fernando Alonso’s company lost €1.06 million, which also led the company to close last year’s books with a negative net worth of €1.1 million.”

“Quimoalar, the holding company, is a limited company that was registered with a share capital of 3,000 euros.”

“Turnover was €404,000, but notably as a start-up, and also with an international footprint, Alonso’s company incurred high operating costs which amounted to almost €2-million, including personnel costs of €335,000 for the eight employees.”

Alonso is one of the most active F1 drivers on social media which is a string springboard for marketing the new brand, especially Instagram, where Kimoa has more than 40,000 followers.

In addition to Alonso as the main investor, others involved include childhood friend Alberto Fernández Albilares, as sole administrator and, the Spaniard’s most trusted confidante, Luis García-Abad handling the legalese.

Kimoa currently ships its merchandise to 75 countries and, although it is early days for the brand, the fact that it has made 400k in sales is positive for a start-up in the extremely competitive sports merchandise market.

Next year’s figures should be more telling and could see a big improvement as the substantial setup and launch costs won’t impact the final tally as they did this year, while sales are predicted to continue rising.

Through the Alonso connection, the brand will continue to get constant exposure, most recently during the Spaniard’s return to F1 testing this week. He is also racing in the WEC, testing Dakar cars and of course his Indy 500 return in May where the cap is and will be a constant.

Alonso has banked over €400-million during his illustrious career that spanned almost two decades in F1.