Toro Rosso: The car has been faultless 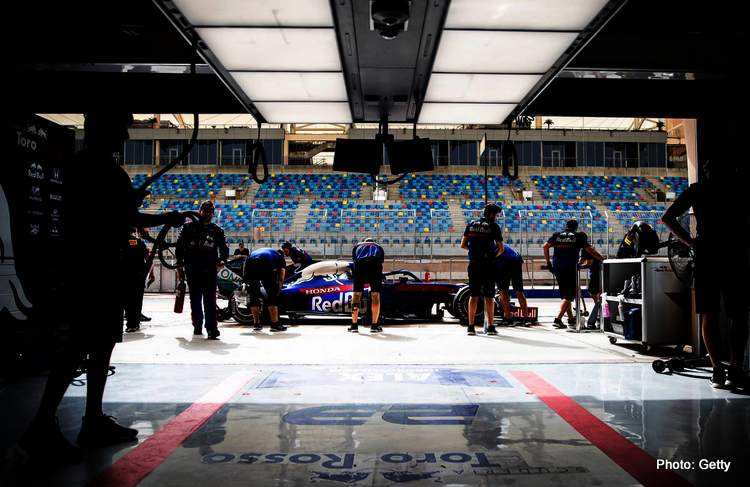 Alexander Albon: “We had a very productive second test day here in Bahrain after missing out on a few hours due to rain yesterday. We ran some more aero tests and learned more about the behaviour of the tyres. We found some interesting things during the test and there were definitely some positives to take away. I’m sure we’ll be applying the results to what we learned in Bahrain later on in the season. Everything ran smoothly today, I got more mileage under my belt and I’m feeling better with the car – it was a very busy programme, but it felt good to end the day completing the most laps overall.”

Jonathan Eddolls: “After a slightly frustrating day in the desert yesterday, today has been a much more productive session. Alex remained in the test car and we planned to compress effectively one and a half days of testing into a single day! As it is quite typical, we started the morning completing some aero rake running to gather on track aerodynamic flow structures to compare back to the wind tunnel and CFD runs.”

“The remainder of the morning was focused on mechanical setup work, aero optimisation, and tyre understanding across six new sets of the C3 compound – the qualifying compound from the race weekend. Although there was some wind, it was significantly less than the race weekend which made the testing much more consistent, however, this meant it was hard to find solutions to improve the balance from the weekend.”

“The focus of the afternoon was on tyre behaviour of the harder compounds over longer runs and how we can influence that with setup items. We closed the day with a number of shorter runs on the softer compounds to help gather tyre data and understanding for future events. Daniil continued the Pirelli test, learning about potential 2020 tyres.”

“The car has been faultless again today and we were able to complete 774km with Alex (more than a whole race weekend) and 601km with Dany without any issues, which has been a credit to the drivers and the entire team. We now have a lot of data to analyse in the coming days with the aim of improving our performance from China onwards.”

Masamitsu Motohashi, Honda F1 Deputy Technical Director: “The second and final day of the first in-season test at Bahrain’s Sakhir circuit, has been held in more usual dry conditions after the unexpected and persistent rain wiped out a lot of yesterday’s track time at this desert venue.”

“Once again today, we supplied PUs for three cars, one each for Aston Martin Red Bull Racing and Scuderia Toro Rosso and a further one for Toro Rosso who are also taking part in the Pirelli tyre test. A generally trouble-free day meant we were able to make up for the time lost yesterday, with all our cars going past the 100 lap mark by the end.”

“Once again, our PU programme was aimed at optimising settings for the coming races and the results were satisfactory. The work we have done over these two days and the feedback we have received will be put to immediate use as we prepare for next week’s third round of the Championship in China.”