Kubica: I can drive it but I am a passenger 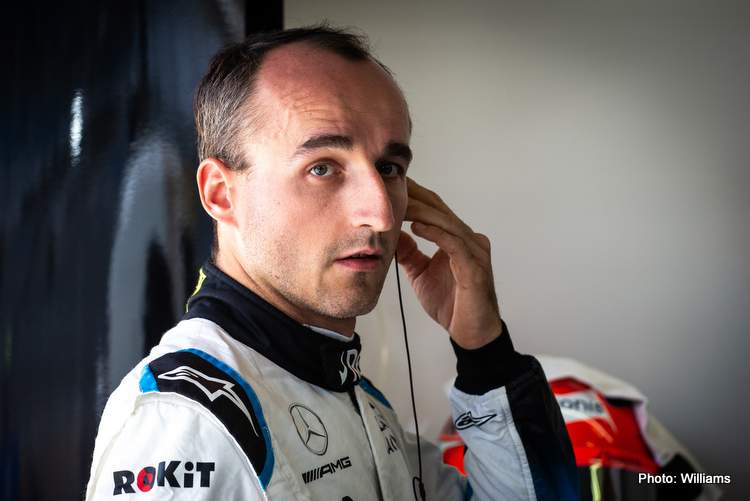 Robert Kubica’s return to Formula 1 has been marred by the woes at Williams, after delivering a lemon of a car, the former technical director Paddy Lowe took an absence of leave when they realised just how bad his second creation for the team was, thus leaving them in the lurch.

Of course suffering most of all are the drivers who have to grin and bear it, a tough ask when listening to Kubica explain the severe limitations FW42 and the working for the team during this time of crisis.

After all, toiling hard on the night in Bahrain to finish two laps behind the race winner was not what he or his legion of fans had scripted for his comeback to the top flight.

Kubica told F1i after the race, “In Australia by running over one kerb where everyone took it, I lost bits of the car which then we didn’t have them. In Bahrain, I stayed away of the kerbs, but in quali I used them and another bit flew away.”

“And then in the race actually I realised I’m not using [the kerbs], or using them only because I was brought them, but I don’t use them as part of the track. And if you start tightening more corners you put more load on the tyres, it’s a complicated situation.”

In Poland, the penny has dropped as they realise having Kubica back is a marvelous tale but, with Williams, it’s turning into a horror story.

Writing for ZET, Maciej Walasek reported: “A team like Williams was not capable of having a new floor for Kubica for the second race. In Bahrain, he had to drive with the same [damaged] element as in Australia.”

“Claire can smooth talk with the positives they all want to hear, but she should finally admit that the Grove stable has completely collapsed when it comes to spare parts. Until when will the drivers have to wait for spares? When will they be able to focus on driving instead of being careful for parts not to fly off?” asked Walasek in his column.

Of course, Williams will be burning the midnight oil on all fronts to resolve the fundamental flaws with the chassis, but the problem seems to be that there is no solution in sight.

The appointment of 72-year-old Patrick Head to steady the ship may appear a shrewd marketing move but turning things around will be another story altogether, especially if resources are limited at the team. But the truth is for the team to be in such a state of mismanagement and unreadiness for the new season smacks of gross mismanagement and negligent leadership.

How did they not see this coming? The car was not delayed by a week as we thought back in February, it’s at least two months and counting behind schedule. The next question is: will it ever be ready?

Kubica, whose backers PKN Orlen have forked out $15-million to get him on the grid, can only hope that things don’t get worse, “There will be a point hopefully one day where all these limitations, or at least I can forget about it, and the car will be more solid and we’ll stay more together and it will become more fun as well.”

“Until now it’s like I have to make sure I turn into the corner and not spin. And then this is my driving. Everything focused on this. It’s difficult to say it’s fun, it’s at least experience, and those two races gave me good answers and valuable experience definitely.”

Maybe in future races, the winners will be hard to predict but it is almost a sure bet that former thoroughbreds, Williams will be last of the runners for the foreseeable future. Not fair on their drivers, Kubica in particular.

Big Question: How did Williams not see this coming?