Bahrain Test Day 2: From slowest to fastest of all for Russell 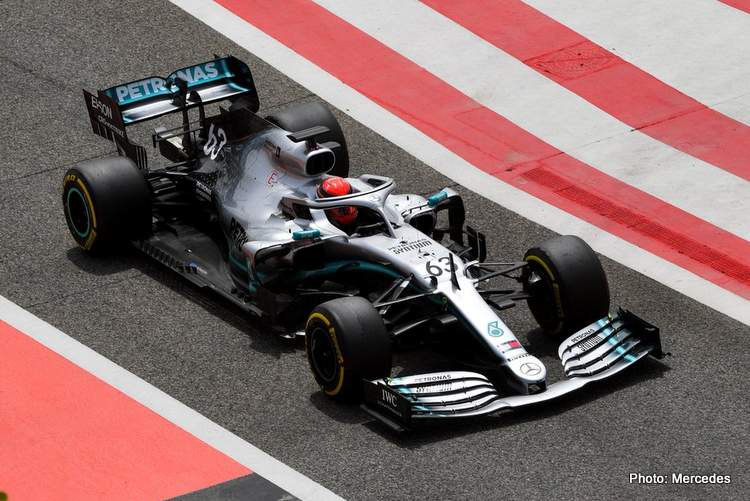 George Russell got to compare the difference between the driving the worst car on the grid to driving the best when he was tasked to test for Formula 1 World Champions Mercedes in Bahrain today, and duly ended the final day of the two-day session fastest of all.

The Williams driver relished the opportunity to rack up 101 laps in the W10, setting a best lap time of 1:29.029 on a day in which the rain stayed away.

Making it one-two for Mercedes power was Sergio Perez in the Racing Point, who appear to have found some pace, with Perez’s best a mere sixth hundredths of a second shy of the top time. He completed 61 laps during his afternoon in the car.

Earlier Lance Stroll was at the wheel of the RP19, and he too was at the sharp end of proceedings during his stint suggesting a breakthrough of sorts for the Pinks. The Candian ended the day a full second down on his teammate as the track got quicker in the afternoon.

Sebastian Vettel was back in the cockpit after his race night antics, setting the third fastest time and covering 103 laps in the process.

Mick Schumacher was back in action after his poignant Ferrari debut a day earlier, the young German on duty for Alfa Romeo ended the day fifth fastest.

Busiest driver on the day was Alex Albon who covered 143 laps in the Toro Rosso, ending his day in the car sixth on the timing screens, while British 19-year-old Dan Ticktum did 135 on his test debut for Red Bull. Nicholas Latifi, the reserve driver testing the Williams, was slowest in 1:32.198.

Daniil Kvyat and Fernando Alonso drove the Pirelli test car, their times would have put them fifth and 11th respectively. 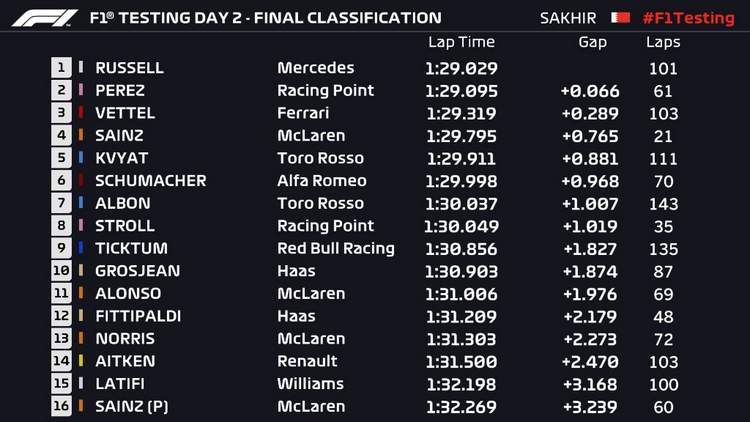 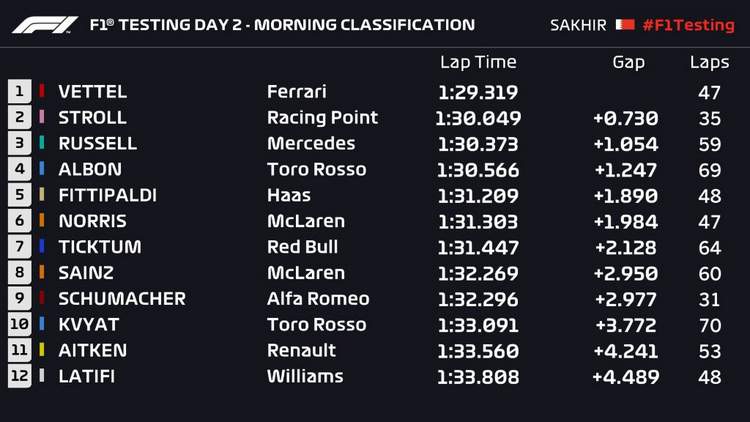 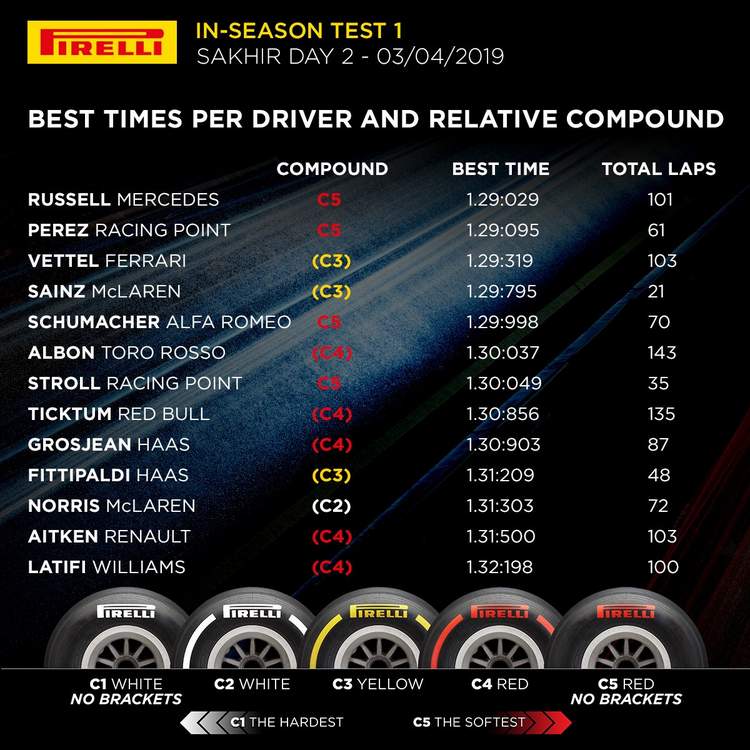