Williams: It was a very frustrating day for everyone 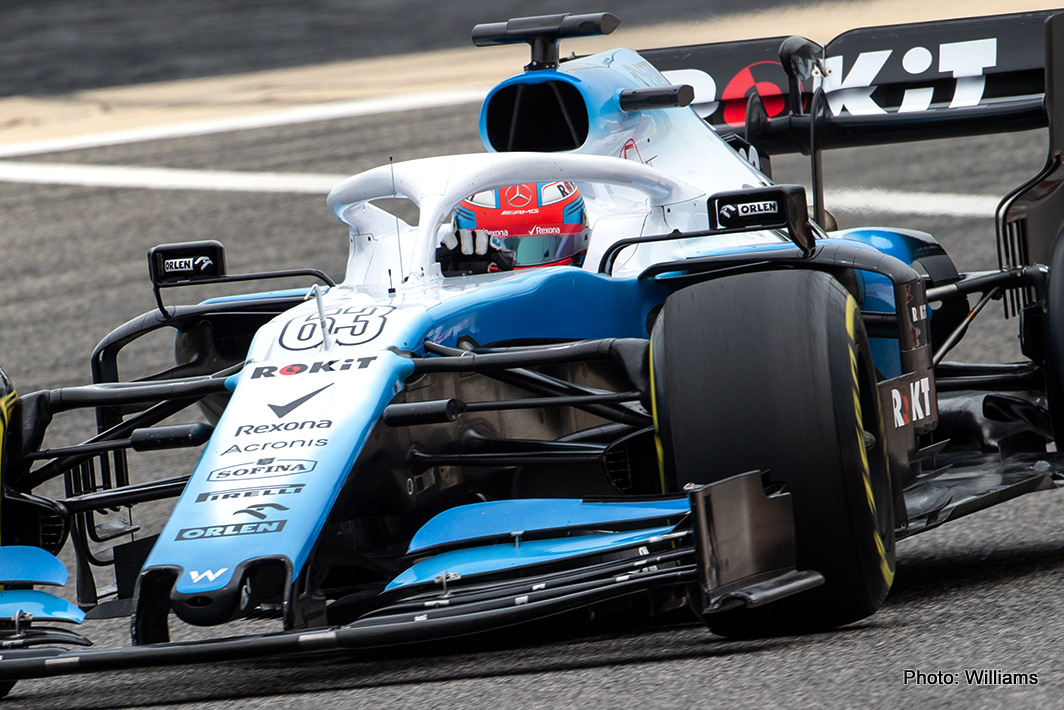 Dave Robson, Senior Race Engineer: “It was a very frustrating day for everyone here in Bahrain. Conditions first thing this morning looked reasonable following the dust clouds yesterday and some overnight rain. However, some further rain meant that little happened between mid-morning and early evening when conditions improved again.”

“We were able to complete some aero testing early in the morning with George, concentrating on data gathering with the rake instrumentation. We then started a performance programme before the rain came. Once the track had dried by early evening, we were able to run again with Robert, completing some further aero work and a quick series of performance running.”

“Unfortunately, the final run was cut short by a red flag, however, we did manage to gather some useful data before that. We will now prepare the car for a full day of running tomorrow with Nicholas. Following the shortened running today, we have plenty of tyres available and so will aim to complete a comprehensive programme of tests.”

Robert Kubica: “There is not a lot to say as we were unlucky with the weather. We did manage to complete a few runs and gather some data, but unfortunately, we were not able to test anything.”

George Russell: “This morning was very limited due to the weather as we did not expect it to rain here in Bahrain, but this affected everybody down the pitlane. However, we still managed to conduct some good tests and gain valuable data that we can use to optimise the FW42. So, all in all a positive session despite the circumstances.”