Horner: It’s just understanding what the magic password is 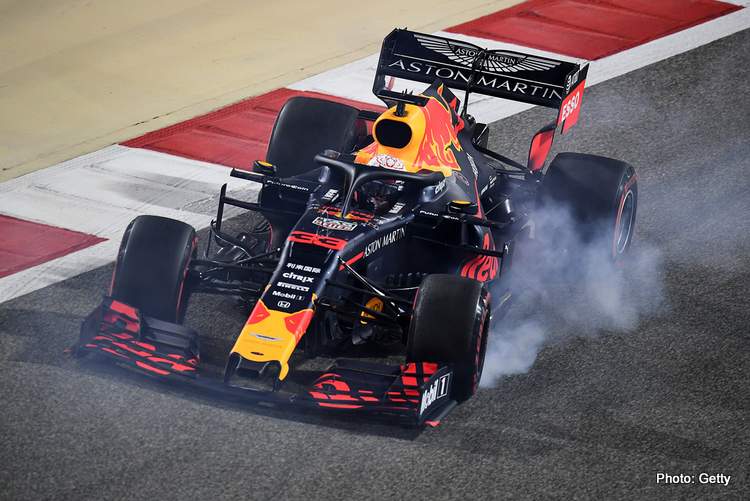 Red Bull chief Christian Horner has admitted that the RB15 is not an easy car to drive, and while Max Verstappen has adapted to it his new teammate Pierre Gasly has yet to find full confidence in the cockpit as teams chase the “magic password.”

Adrian Newey and his team tend to design great race cars but, after Gasly’s struggles and the Bahrain Grand Prix weekend where they dropped out of the Top Three, it has emerged that their new car is having a complicated birth.

Horner told reporters after the race, “It’s a tricky car at the moment. Our operating window looks quite narrow and Max has coped with that extremely well. It’s been harder for Pierre. That will come, I’m sure.”

For the Frenchman, it was a much-needed result after trashing the car a couple of days before the end of testing in February, he was out of sorts in Australia where Verstappen powered to third place.

“When you’re chasing issues like this and you’re moving a problem around, it usually points the finger in other areas. We’ve got a lot of good data from this weekend and are starting to understand areas we need to be focusing on.”

Prior to the season opener, Red Bull’s Helmut Marko claimed that Ferrari had the best package followed by his own team with Honda power and Mercedes lagged.

Fast forward two rounds and Mercedes have dominated with two one-twos in the first two races on the season, while Ferrari had a mysterious loss of power in Melbourne but bounced back with a formidable piece of kit for Bahrain, but when it mattered the Reds were simply not good enough, denying them victory and possibly a one-two.

Horner continued, “Ferrari look like they’ve selected another gear. It’s been enormously impressive, their straight-line performance. We’ve got more to sort out on the chassis side. The engine’s continuing to make good progress.”

“So our focus is very much on trying to understand the tyre issues and get the car into a good operating window.”

Verstappen is testing the RB15 in Bahrain today (Tuesday) and will hand over the car to Dan Ticktum for tomorrow.

The test comes at an opportune time for Red Bull who are still seeking more performance from their new Honda-powered package because they were obviously lacking in Bahrain.

“It’s perfect timing because se need to find more performance,” explained Horner. “Ferrari were very strong this weekend. Mercedes got lucky with a one-two, but Ferrari were the dominant team. Trying to understand where are our strengths/weaknesses to them here is quite important.”

“Once you get into a window, particularly with these tyres… they looked a different team to two weeks ago. And vice versa with Mercedes. It’s just understanding what the magic password is,” added the Red Bull team chief.