Hakkinen: Leclerc is going to add a lot to the season ahead 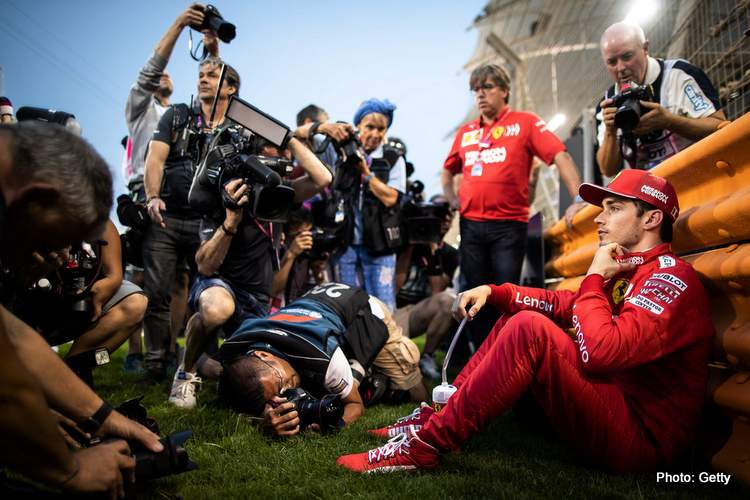 Double Formula 1 World Champion Mika Hakkinen believes that the emergence of young Charles Leclerc as a major force in Bahrain is a signal to Sebastian Vettel and Mercedes that the bar is about to be raised in the top flight.

In his latest Unibet column, Hakkinen reflects on and dissects an intriguing race under the floodlights of Sakhir, on a night that F1 welcomed a new superstar capable of winning and challenging for titles.

This is what the Flying Finn had to say:

“I was in Bahrain for the Grand Prix on Sunday, and what an interesting and exciting weekend it was. After Mercedes’ dominance in Australia, everyone had been asking what had happened to Ferrari’s pre-season form but, in Bahrain, everything turned around.

“The front row of the grid was locked out by Ferrari and Charles Leclerc really dominated the race before his engine started to run on only five cylinders, dropping him to third. In some ways it is amazing he even finished!

“For this young guy from Monaco, in only his second season in F1 and second race for Ferrari, it was a very tough moment. I have lost count of the number of times a race got away from me, but it is part of the sport and you have to learn to cope with extreme disappointment.

“Leclerc is very strong, quicker than teammate Sebastian Vettel in Bahrain, and this guy is going to add a lot to the season ahead. As Lewis Hamilton said to him after the race, he has a long career in front of him and the race victories will come.”

“Mercedes won the race, of course, with Lewis Hamilton inheriting the win and Valtteri Bottas finishing second, but still holding his World Championship lead by one point.”

“If you remember Valtteri wanted to score the extra point for fastest lap in Melbourne, and now you see why. Every point counts, and this year could be very close indeed.

“While Mercedes’ reliability won the race, team boss Toto Wolff and his drivers know that they have a problem; Ferrari is fast, even if they are fragile. Melbourne didn’t suit them, probably due to the slower 90 degree corners on that track, but on the wide open, flowing race track in Bahrain the Ferrari was the car to have.

“There are more quick circuits than slow ones, so Mercedes will take the lucky win in Bahrain but go back to their factory knowing that they have work to do in order to catch up.

“While all the attention was on Leclerc, young Lando Norris put in a fantastic drive for McLaren to finish sixth. The team is recovering well after a very difficult few years, and this result gives everyone a boost and shows what a great talent Norris is.

“He is only 19, won the European Formula 3 Championship in 2017 and finished second in Formula 2 last year, and his performances for McLaren in Melbourne and Bahrain marks him out as a yet another young star. We are lucky to have so many talented drivers coming through.

“It should have been a great race for the other McLaren of Carlos Sainz, but his car suffered damage in a collision while battling for fifth position with the Red Bull driven by Max Verstappen. The young Dutchman is very talented, but racing hard does not mean damaging the other guy.”

“You have to give room, if not for the other guy then at least for yourself, and I was not surprised Carlos was upset afterwards. However, the good news is that McLaren look competitive, which means Carlos has more positive days ahead.

“Kimi Raikkonen scored a good seventh place for Alfa Romeo, and this illustrates just how competitive the midfield is. McLaren, Alfa Romeo, Toro Rosso, Haas, Renault and Force India are battling hard, and it is producing close, tense, exciting racing.

The next event in China is the 1000th Formula One World Championship race, an amazing milestone after 70 years of racing. Ferrari qualified on the front row of the grid in Shanghai last year, although the race was won by Daniel Ricciardo’s Red Bull.

“I suspect Leclerc and Vettel will be aiming to repeat that qualifying performance this year and convert it to a Ferrari victory in order to gain revenge for Bahrain. On the long back straight expect Ferrari’s straight line speed advantage to really show.

“The big question is whether Leclerc will be quicker than Vettel again. If he is, then Sebastian will be feeling a lot of pressure.

“Hamilton has won the Chinese Grand Prix five times, so he really likes that track and will not want to rely on luck to get another win. Valtteri Bottas led last year’s race and finished second, so after a tough weekend in Bahrain, I know he will be pushing hard for the win in order to defend that World Championship lead. Expect Mercedes to come out fighting in China.

“Behind them Red Bull Honda has work to do, so although I expect Max Verstappen to be challenging for the front two rows of the grid, a repeat victory for Red Bull this year seems unlikely.

“And behind them, there will be three or four teams battling to be the ‘best of the race’, so watch carefully; there is going to be plenty of action.