Alonso: The McLaren MCL34 is a step forward in every aspect 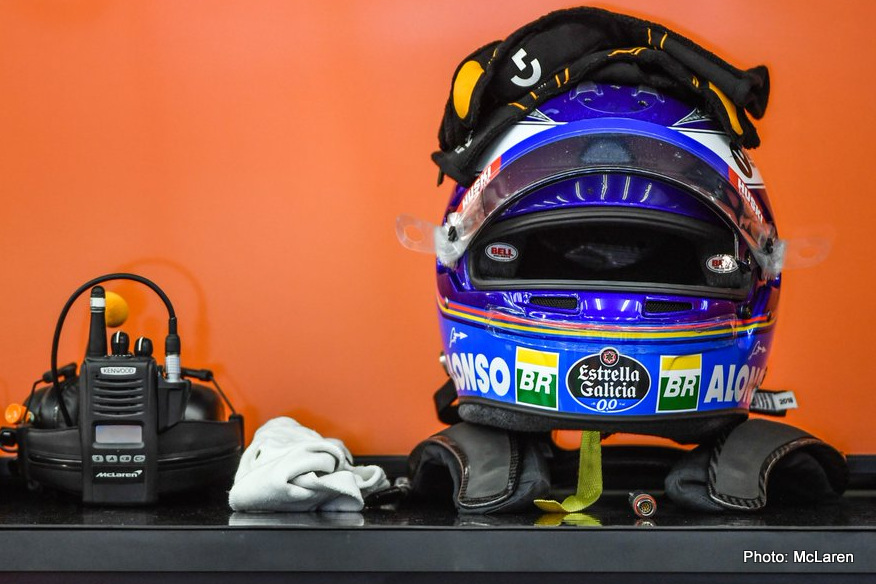 Fernando Alonso was back in a Formula 1 cockpit 127 days after ‘retiring’ from the top flight, the Spaniard being tapped up for his experience during the two-day in-season test in Bahrain today

Alonso, driving an F1 car for the first time since the Abu Dhabi Grand prix last November, was keen to get out on track and was the first car out when it went green at 9am.

The team reported that “the double F1 world champion was in the cockpit of the Pirelli test car evaluating 2020 tyres. As per regulations, his MCL34’s specification was using the aerodynamic set-up utilised in a race.”

After his 64 laps on the day, Alonso summed up, “A positive day in the car. It’s always fun to drive a Formula 1 car as they are the fastest cars in the world, so as a driver it’s nice to feel the speed and the adrenaline. Even with the rain in the middle of the day it was a good day.”

“The car is a step forward in every aspect from last year. The car has more grip, it’s less draggy on the straights, the engine is a step better, so overall as a package the car is going in the right direction and we’re closer to the front.”

“We saw in the first two races that there is still another step to make if you want to compete with the top three teams, but as a first step I think it’s a good baseline and there’s a good programme of development.

“It was good to see a positive weekend for us in Bahrain last weekend and hopefully this continues for the rest of the season. I have no regrets about my decision to stop racing in Formula 1 and I’m very happy for the team,” added Alonso.

As for a return to F1 in the future, the Spaniard said, “I feel that I have already achieved what I had to achieve in Formula 1, or perhaps more than I could have ever dreamed of.”

“I do not regret anything and if I ever return to Formula 1, which I doubt because my decision to leave Formula 1 is firm, it’s because I can win the World Championship but if it’s to finish sixth or seventh, even fourth it’s not tempting.”

McLaren: Not much to report really