The Day After: A Cruel Twist of Fate 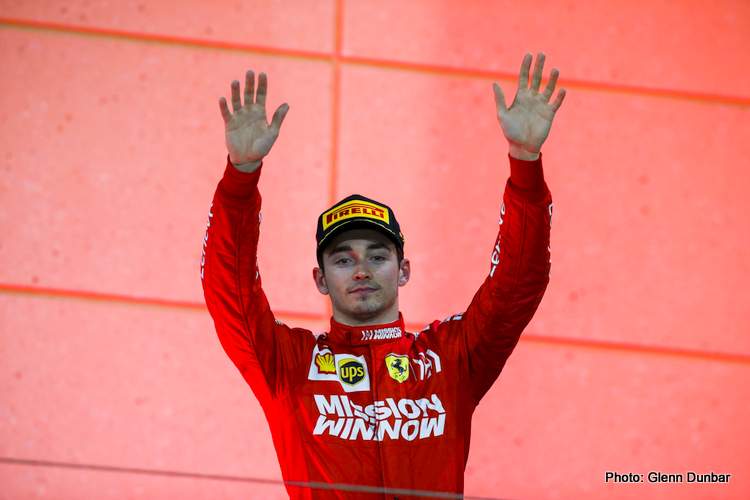 Delivering a commanding display in what should have been his maiden grand prix victory, Charles Leclerc instead had to watch as Lewis Hamilton and Mercedes claimed the spoils in Bahrain on Sunday.

It’s never easy to win a Formula 1 race. Sometimes it might look that way, sure, but there’s a reason only 107 of the 764 drivers to take part in a grand prix have ever done it. It takes supreme amounts of skill, bravery, discipline and teamwork, and even when you have all those things, sometimes the fates simply conspire against you – such was the case for Charles Leclerc on Sunday.

Succumbing to an out-of-nowhere power unit failure, Leclerc remains – for now – just another of the 764, when he should have entered the victor’s club as #108. Unfortunately, that’s just the way sport in general – and motorsport in particular – go sometimes, but at the very least, he can take solace in the fact that despite the record showing this as a win for Lewis Hamilton and Mercedes, this was a race with his mark left all over it.

Slow start aside, the Monegasque drove the perfect race, and indeed, a good start might have been less impressive, given it gave him an opportunity to display not just his mettle, but his sheer pace, what with the subsequent ease with which he passed Sebastian Vettel and went on to regain his advantage. Win or not, Bahrain sent a message Leclerc is no one’s number two, and maybe even a serious championship contender.

In any case, Ferrari head to China in a position no one would have predicted for them a month ago. Through both the reliability of their car and the foibles of a lead driver in Vettel who once again wilted under pressure, they’ve squandered whatever early advantage they had, and at best, can only hope for a levelling of the scores before the first wave of major upgrades in Barcelona.

Suffice to say that’s a huge win for Mercedes, and while they certainly made all the right sympathetic overtures in public, something tells me that behind closed doors they’re smiling.

Driver of the Day: Charles Leclerc

Engine failure be damned, Leclerc was brilliant on Sunday. Recovered from a slow start to completely outclass his teammate and was cruising to victory before the motorsport gods pulled the plug. He’ll be on the top step before long.

Worst of the Day: Renault

For a team – and engine manufacturer – who is supposedly turning the corner, Sunday’s double DNF was a humbling representation of just how far they still have to go.

Quote of the Day: Kimi being Kimi