Albon: Very happy to pick up my first points in Formula 1 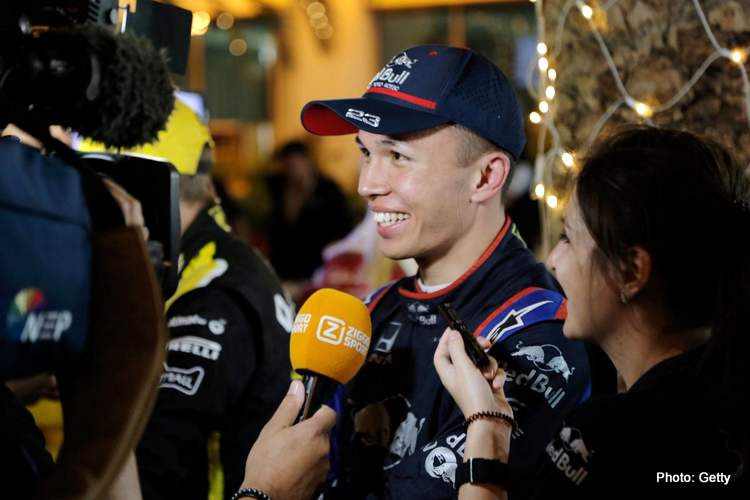 Toro Rosso rookie Alexander Albon rode his luck to become the first Thai driver to score Formula One points since Prince Bira in 1954 when he finished ninth in Bahrain on Sunday.

The 23-year-old, who started 12th, collected two points in only his second grand prix, “My start was very bad, I was a little bit safe into turns one and two.”

“Obviously we were a bit lucky with the Renaults, but I’ll take it,” added Albon, who moved up the order when Renault’s Nico Hulkenberg and Daniel Ricciardo retired from scoring positions with three laps to go.

The points meant Toro Rosso have scored in both races to date this season, with Russian Daniil Kvyat finishing 10th two weeks ago in Australia.

Set to race for Nissan in the all-electric Formula E series, he was handed his Formula One shot after Red Bull promoted Pierre Gasly from Toro Rosso to its senior team and dropped Brendon Hartley.

He is only the second Thai driver since Prince Bira to race in Formula 1.

“I enjoyed myself out there and it was good to get that experience,” he said of his second weekend in the top flight. “I’m very happy to pick up my first points in Formula 1 and I hope we can carry this pace into in China.”