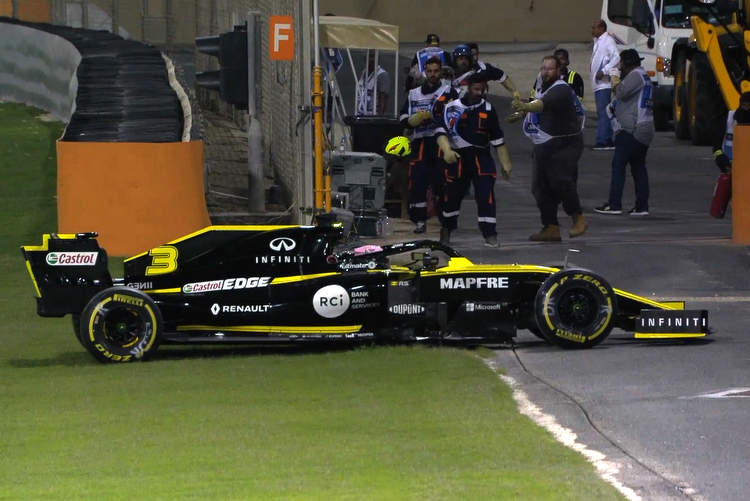 Nico, who started from seventeenth on the grid, enjoyed an excellent start and climbed to eleventh by the end of the opening lap. On a two-stop strategy, he worked his way up to sixth before his retirement on lap 54 of 57.

Daniel too was running in the points throughout the race on his one-stop strategy. The Australian was in tenth and set to clinch the final point, but he also retired on lap 54.

Nico Hülkenberg: “It’s definitely a hard one to swallow today. This sport can be so tough sometimes. It was a great ride out there with lots of battling on track to go from seventeenth to sixth, but unfortunately, we couldn’t make it to the finish line. We’ll look into what happened, but I lost power quite suddenly and that was that.”

“It was a fun race with a crazy first lap which I had to survive and by then I had to keep my head down. The team did a great job on the two-stop strategy today and we can take positives from that. We have to be cleaner going forward and make sure we don’t face anymore disappointments like this.”

Daniel Ricciardo: “A lot happened in the race today. Initially it looked like we had competitive pace and we therefore committed to a one-stop strategy. As we got deeper into the first stint I could tell that the tyres were struggling a lot. In hindsight, two-stops would have been better.”

“Towards the end, as the others were coming through, I couldn’t do too much to defend. I wanted to put up more of a fight but it was not possible, sadly. At the end of the race we had an MGU-K problem. It was a very up and down weekend, a lot happened, and we will take some time to absorb everything and come back stronger.”

Cyril Abiteboul, Team Principal: “After a very intense winter, it’s been a very bad start to our racing season. Similar to Melbourne, our qualifying in Bahrain was massively compromised by minor electronics issues, which impacted both cars. Our race today came to a sudden stop so close to the finish. These are issues we have previously encountered but something we were unable to rectify in Bahrain.”

“These problems are increasingly frustrating and unacceptable as both cars have shown very good competitiveness both over one-lap and race runs. Nico delivered another outstanding drive from seventeenth to sixth.”

“Daniel is building on precious experience in the car, and despite good race pace, his strategy gamble didn’t work out. Daniel will continue his familiarisation in the car during this week’s test conducting performance-related work. We must react and shift our focus on reliability.”