Racing Point: We were there to pick up the pieces 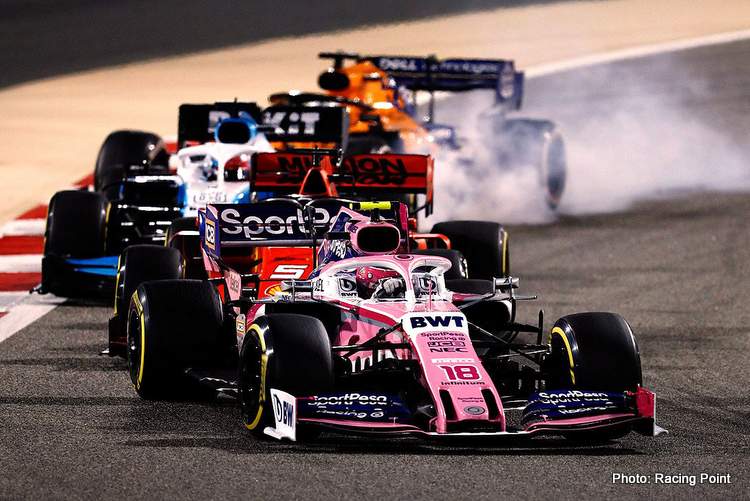 Racing Point suffered at the Bahrain Grand Prix, neither of their drivers managing to find the sweet-spot on what appears to be a tricky chassis, nevertheless Sergio Perez scored a point against the odds while Lance Stroll’s race was compromised after a first lap incident which forced him to pit for a new front wing.

Sergio Perez: “It’s good to pick up my first point of the season. It was an unpredictable race and in that sense it’s a nice surprise. We got a bit lucky with both Renaults retiring, but at the same time the Safety Car didn’t help me because I was closing on Albon and I lost the opportunity to overtake him for ninth place.”

“I made a really good start and gained a few positions, but I couldn’t defend my position for long. Then, we had an issue with the brakes getting too hot and I had to pit much earlier than planned to remove some debris blocking the brake ducts. Considering everything that happened in the race we can be pleased to pick up a point.”

Lance Stroll: “I haven’t seen the replay yet but I think the contact with Romain [Grosjean] was a first lap racing incident. Unfortunately we touched, there was damage, and I had to pit for a new nose. We were racing wheel-to-wheel and these things happen, but it was really costly because my race was pretty much over after that.”

“We carried on racing and pushing, but we couldn’t recover after losing so much time. The wind had really picked up out there today, but everyone was in the same boat and after a few laps we got used to it. We finished the race and there is plenty to analyse, but we’ve got to see where we can improve before we get to China.”

Otmar Szafnauer, CEO & Team Principal: “It feels good to come away with a point from a pretty tough weekend. Things didn’t go our way in the early part of the race with Lance having to pit on lap one [after contact with Grosjean] and Sergio pitting on lap eight to remove debris that was causing the brakes to overheat”

“From that position, with our strategy compromised, recovering to the points with either car looked challenging. It was a shame because both cars made strong starts, gaining places, but all that good work was undone.”

“As the race settled down we showed competitive race pace and just tried to recover the lost ground. We were a bit fortunate with the late retirements allowing Sergio to squeeze into the top ten, but that’s all part of racing and we were there to pick up the pieces.”