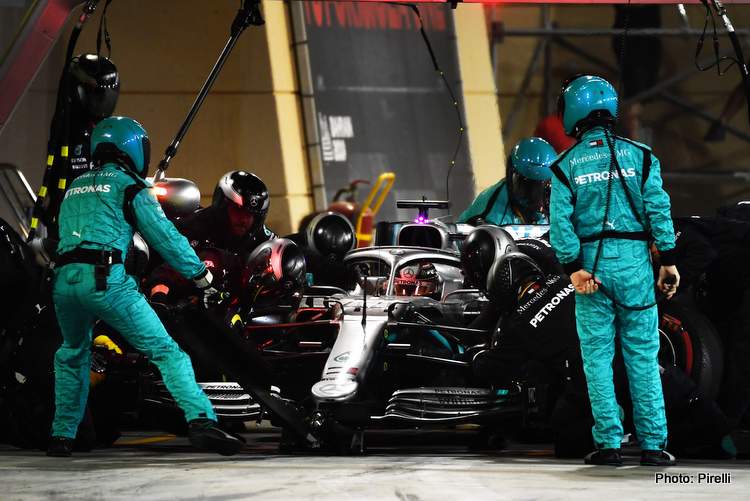 The top three all used different two-stop strategies, in a thrilling race that was characterised by plenty of tactical variation, with high levels of tyre degradation.

How each tyre compound performed:

Hard C1: The hard was used by only one driver – McLaren’s Carlos Sainz – but with nearly everyone targeting two stops, it ended up being less relevant today.

Medium C2: This tyre was a key element to the pace of Leclerc, running his two final stints on the medium, as well as other drivers such as Red Bull’s Max Verstappen. Hamilton only used the medium tyre once, at the end of the race.

Soft C3: Ricciardo used this compound for nearly half the race: championship leader Valtteri Bottas was the only podium finisher to use it at the end of the race.

Mario Isola, Head of Car Racing: “As Lewis Hamilton said, Charles Leclerc deserved to win today and his problems were part of a truly dramatic and unpredictable grand prix, in which tyre strategy played a key part. Both Ferrari and Mercedes timed their stops to try and undercut each other, but Leclerc’s performance advantage meant that he was able to make his second stop without losing the lead.”

“There was an ample range of strategies: in fact, only two teams ran exactly the same strategies for both their drivers. Outside the immediate frontrunners, there were also some stand-out performances from drivers such as Lando Norris, who scored his first points for McLaren.”