Toro Rosso: Something was missing in the car 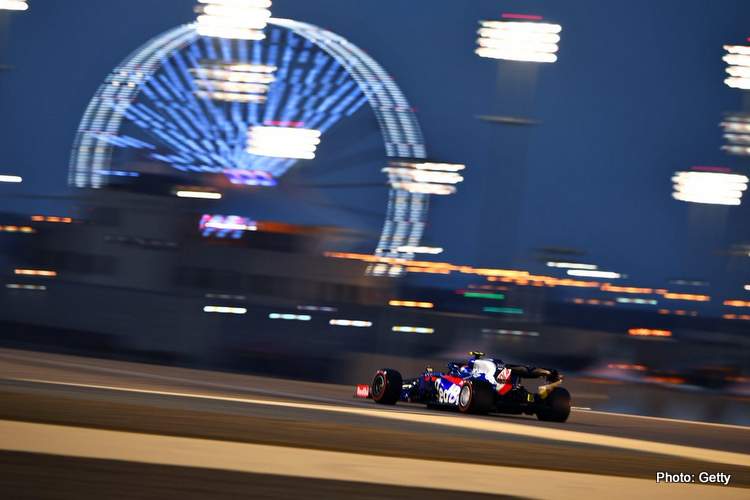 Ahead of the Bahrain Grand Prix, Honda were targeting four cars in Q3 but by the time the dust had settled on Saturday afternoon, only Max Verstappen had accomplished the feat while both the Toro Rosso drivers failed to get beyond Q2.

Alexander Albon who will start from 12th said: “After FP3 I went into Qualifying a bit on the back foot, so we decided to do three runs in Q1 to get me through to Q2. I only had one lap in Q2, which was a bit scruffy – I made a mistake and went wide in the last corner. I don’t know how close I was to Raikkonen but I think we missed out on Q3 because I ran wide, so I’m a bit disappointed with that.”

“However, looking at how the weekend went beforehand, I was happy with how we got everything together for Qualifying. In FP2 we looked pretty strong in our race simulations, and there’s even a few things we learnt today that we can take into tomorrow, so I’m looking forward to racing here, especially because this is a track you can overtake on!”

Daniil Kvyat qualified 15th said: “It wasn’t the best Qualifying for us today, we didn’t do the final run in Q2 so it’s hard to judge how we would have gone, but I think we had a chance for Q3. Something was missing in the car, so we will review what that was.”

“We had a clear idea of what we wanted to do in the last run of Q2, so it’s just unfortunate we didn’t get the chance to do it. Now we turn our focus to the race tomorrow, we’ll have to fight harder but I think we will be competitive.”

Jody Egginton, Deputy Technical Director, summed up: “Today’s sessions have again highlighted how very tight the midfield pack is, with small differences in lap time having quite big effects on final positions. FP3 validated the setup changes we made overnight but, on the flip side, we did not manage to extract everything from the option tyre, meaning we went into Qualifying with a few more questions than is ideal at this point in the weekend.”

“Qualifying itself, similar to Australia, showed some promise but was ultimately frustrating in that we again missed out on Qualifying 3. Alex went wide at the final corner, dropping some time on what was up to that point a lap sufficiently quick enough for Q3.’

“Dany’s Qualifying also didn’t deliver on the promise shown earlier in the weekend because of an operational issue, which prevented him carrying out his planned second run. We now switch our focus to the race and, with our long run pace during Friday appearing quite reasonable, we will be working hard to have both cars ready to take any opportunity which may present itself.”

Toyoharu Tanabe, Honda F1 Technical Director added: “A tough qualifying session with neither Toro Rosso getting further than Q2. However, there were some positive aspects and Albon’s 12th place is not bad for a rookie in his second Grand Prix. It’s a long race and points are still possible tomorrow. We will now ensure we are well prepared for the first night race of the year.”