Herta: I feel like one race win isn’t enough 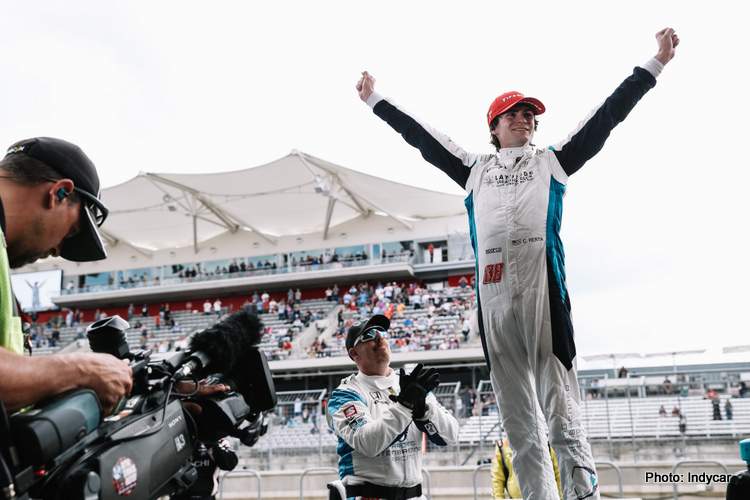 The scene in Colton Herta’s pit at the end of Sunday’s Indycar Classic at Circuit of the Americas (COTA) could be summarized in two words: Joyful pandemonium.

Harding Steinbrenner Racing crew members wept and hugged one another. Team co-owners shook with emotion. Reporters jostled to get close enough to talk to the principals. Fans crowded behind the pit and cheered their approval.

A few hundred yards away, 18-year-old Colton Herta talked calmly in victory lane about his parents’ contributions to his early days in karting while his father, Bryan Herta, stood in the background and watched proudly as people came from all around to offer congratulations.

Welcome to the big time, kid. This is what winning feels like. It will only make you want to do it again.

“I’ve been bitten by the bug now,” Colton Herta said. “I feel like one race win isn’t enough. I want to go for another one in Barber (on April 7). I just want to get there and drive again.”

In just his third NTT IndyCar Series race, Herta won in Austin by pulling away from Josef Newgarden on a restart with 10 laps remaining and holding the lead to the finish line on a demanding circuit that confounded even the most accomplished veterans. 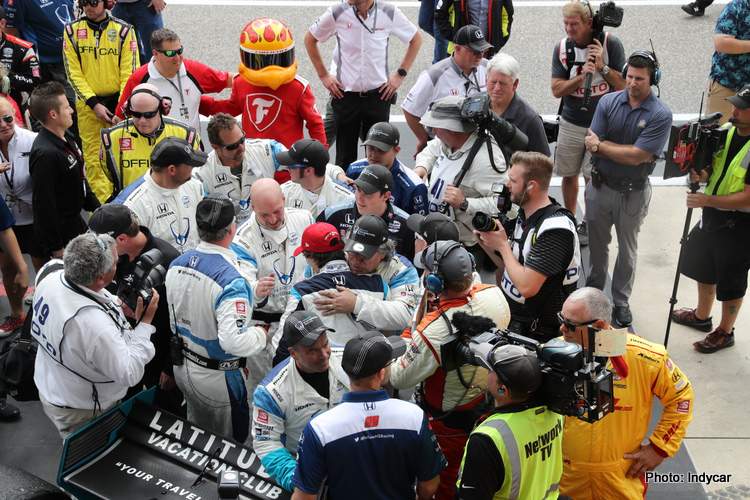 The result was more than just a racing series gaining another young star. It was a continuation of success from one generation to the next. Bryan Herta, who won four Indy car races and nine pole positions during a career that spanned 12 years, tried to add perspective Sunday amid a mashup of handshakes and high fives.

“I’m so proud,” Herta the father said between congratulations. “Incredibly proud of him and the whole team. There’s so much that goes into one of these races. He just did an amazing job.”

Colton Herta’s sudden rise to victory wasn’t necessarily all that sudden. After all, he’s been racing since his age could be counted on two hands. He had six wins in Indy Lights presented by Cooper Tires, the top level of the Indycar-sanctioned development ladder, the previous two seasons.

He’s been so prevalent in the Indycar world and so mature in his approach that it’s difficult to believe he isn’t old enough to legally drink champagne in victory lane – though he was apparently given a bottle of the bubbly by mistake to spray on Sunday.

“When you look at that kid, I’m not sure he’s 18,” said Brian Barnhart, president of Harding Steinbrenner Racing, Herta’s race strategist and a lifelong member of the Indycar community as a team member or series official. “They say he turns 19 next weekend, but I don’t know. Beyond his years is an understatement. It’s very special, and I’m glad to be a part of it.” 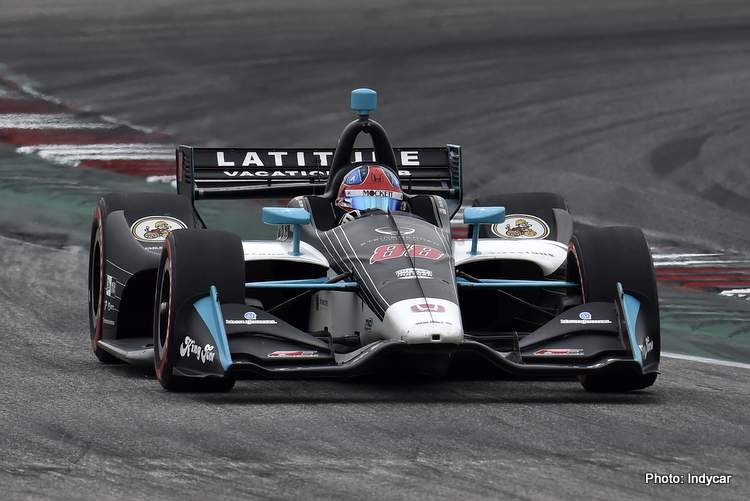 On the other side of the pit stand, team co-owner George Michael Steinbrenner IV shook with emotion. Michael Andretti, who partnered with Steinbrenner to field Herta in Indy Lights the past two seasons, leapt onto the stand and congratulated him. Reporters gathered and asked questions. Steinbrenner was stunned, thrilled and nearly speechless.

“It’s a dream come true,” said Steinbrenner, shown above hugging Herta. “We knew we had the pieces to do it, but it’s hard to imagine you could be standing in victory lane just two races into your INDYCAR career (as a team owner). It’s just … wow!”

The site of the victory was almost as special as the victory itself. Sunday’s race was INDYCAR’s first at Circuit of The Americas, the FIA Grade I road course that opened in 2012 for Formula One’s U.S. Grand Prix and has hosted MotoGP races since 2013.

“It is cool when your first win is at COTA,” Colton Herta said. “It’s something I’ll look back to forever, long after my career is over.”

Perhaps the best memory he’ll have is the unpredictability of it all. Compared with the competition, Harding Steinbrenner isn’t a large operation. It’s only in its third season. During the offseason, owner Mike Harding teamed with Steinbrenner, the 22-year-old grandson of the late New York Yankees owner George Steinbrenner, but sponsorship money hasn’t been easy to find. 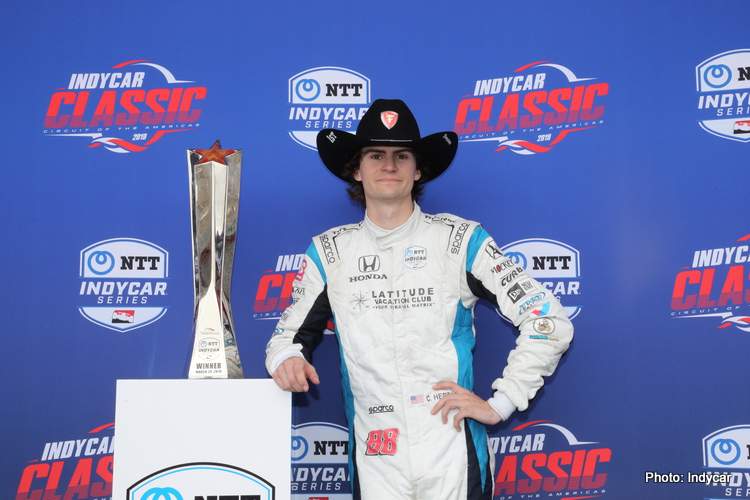 Last month, another promising young driver, Patricio O’Ward, opted out of his deal with the team when it couldn’t offer him a full season. The leadership at Harding Steinbrenner certainly didn’t come into the weekend at COTA expecting to leave with the first-place trophy, even if Herta was fastest in a two-day open test at the track last month.

“You really don’t expect it to happen,” Barnhart said. “To be honest with you, that’s out of respect for the level of competition in this series. When you look at the other teams and the drivers that are out there, it’s so deep. Everyone is competitive and has fast cars. You look at the grid and you think, ‘Maybe top 10?’”

Not anymore. One of the little guys – led by a chill teenage driver – just scored the upset of a lifetime.

In the background at victory lane, a proud Bryan father smiled at the thought, “He’s not a typical 18-year-old, I guess.”