Abiteboul: Disappointed our car is not top of the midfield 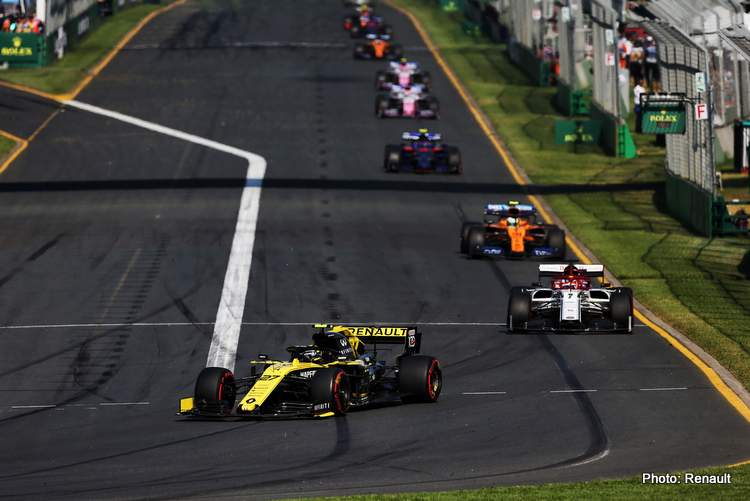 As much as Ferrari disappointed with their AWOL performance at the Australian Grand Prix, Formula 1 fans were also let down by the Renault team who were also underwhelming in Melbourne.

Fastest qualifier with Renault power was young McLaren rookie Lando Norris who made it into Q3 where he popped the eight fastest time – 1.8 seconds shy of the top time with ‘Party-Mode’ maxed out.

His teammate Carlos Sainz and both Renault works drivers were stranded in Q2, a huge 1.5 seconds off the pole-winning pace.

Nico Hulkenberg saved face by finishing seventh, albeit well over a lap behind the leader, but this result flattered what was a well below-par start to the season for the French outfit targeting podiums this year.

While they may have trumpeted Hulkenberg’s result Down Under, ahead of Bahrain team chief Cyril Abiteboul admitted he is unhappy with the performance.

In his brutally honest preview of round two of the championship in Manama this weekend, the French team chief admitted,  “In seasons gone by, we would have been satisfied with a seventh-place finish at the first race of the season, but this year we were a little disappointed.”

“We feel our car is capable of fighting at the top end of the midfield. However, that wasn’t always displayed when it really counted in qualifying and during the race.”

“We are determined to show more in Bahrain. We have to underline the step we’ve made on the engine side, and the second grand prix of 2019 is an opportunity to showcase that. We will bring some aero updates, as we will do at every race.?

“We also need to target consistency over the course of the entire weekend, delivering a balanced and reliable car in all sessions to allow the drivers to extract respective maximum performance. Equally, we need to target operational excellence in all areas.”

“Having both cars inside the points is the target and we want to show the qualities of our team. We have to be hard on ourselves if we’re to keep on our path.”

Technical director Nick Chester pinpointed, “We didn’t qualify where the cars deserved to be in terms of pace and that was down to execution in some areas and a reliability problem which is now understood,” he explained.”

“It shows the midfield is so close and that any small mistake or dip in performance means you’ll lose places on the grid. Unfortunately, we experienced that quite directly.

“The reality is, the lower down the grid you qualify, the more likely the risks of damaging the car are. Elsewhere throughout the weekend, we tested some new parts, played around with different setups and learnt a decent amount.

“It’s quite clear, though, we have some work to do to move away from the midfield, which is where we want to be,” added Chester.

Big Question: Can Renault bounce back?