Pirelli: Drivers can push from start to finish of every stint 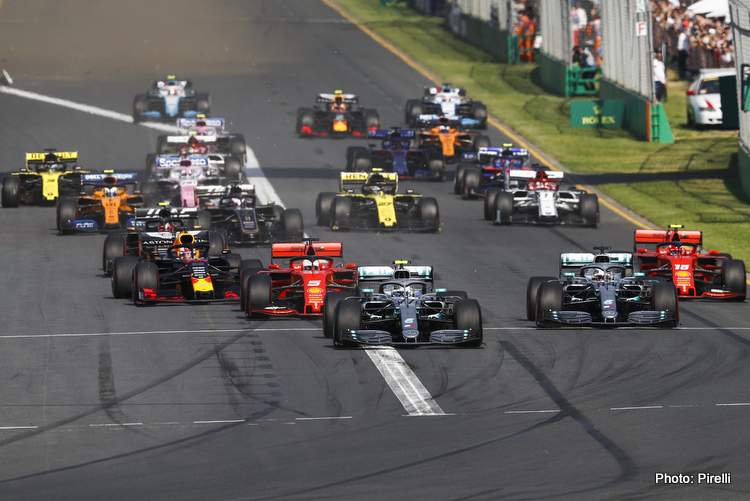 Mercedes driver Valtteri Bottas commandingly won the Australian Grand Prix, with a one-stop strategy that was in line with our prediction: going from the soft tyre to the medium on lap 24.

This same basic idea was used by the top four, however the timing of the pit stops varied, with Lewis Hamilton (Mercedes) and Sebastian Vettel (Ferrari) both stopping much earlier than their teammates in a strategic battle.

How each tyre performed

Mario Isola, Head of Car Racing: “All three compounds stood up well to the particular demands of Albert Park and they were all used extensively. We saw an interesting variation in strategy, with drivers using different tyres for different stint lengths, and – for those further down the grid – alternative strategies to make their way up the field.”

“Our aim this year was to provide compounds that enabled drivers to push from start to finish of every stint. The fact that Bottas set the fastest race lap of Albert Park right at the end of the grand prix, in a close fight for the extra point with Verstappen, highlights how this objective has been achieved.” 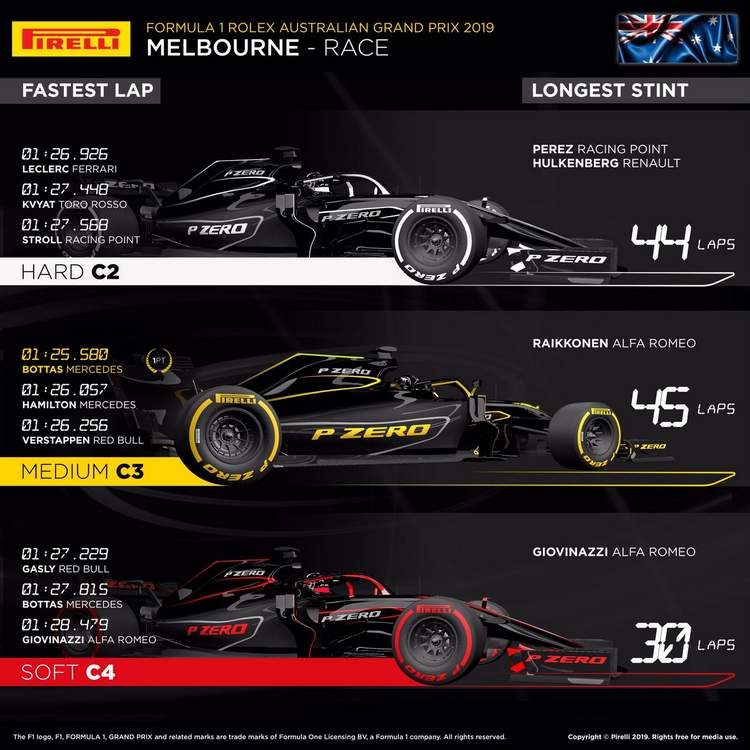 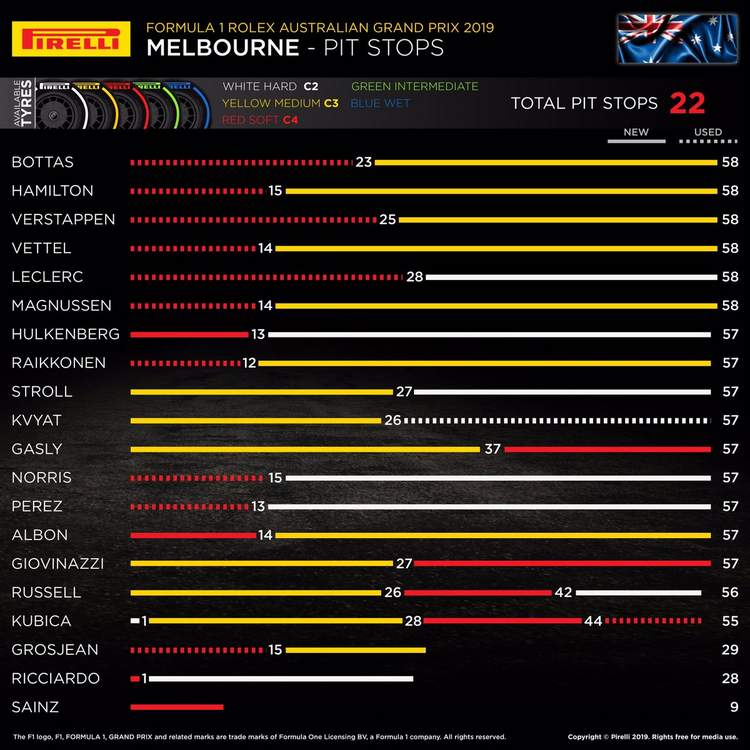