Pirelli: The F1 qualifying fight has rarely been closer 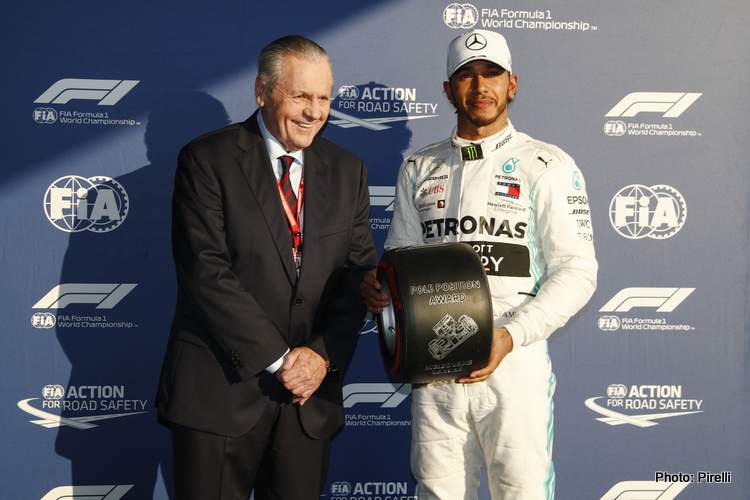 In theory, the quickest strategy for the 58-lap Australian Grand Prix is actually a two-stopper: two stints on the soft tyre of 21 laps each, followed by a shorter 16-lap final stint on the medium.

In practice, the teams are more likely to adopt a one-stopper, which is extremely close in terms of overall time anyway and carries less risk, especially as Albert Park is not so easy to overtake on. The optimal one-stop strategy (from the information we have so far) is to start on the soft tyre for 27 laps, then run 31 laps on the medium tyre to the end.

Very close to that is an alternative one stopper: start on the soft tyre for 24 laps, then go for 34 laps on the hard to the flag.

Keep an eye on:

Mario Isola, Head of F1 & Car Racing: “As usual, the quickest times came at the end of each session, with track temperatures dropping all the time and plenty of action; underlining just how close the margins are at this first race of the season.”

“The tyre performance was strong on each compound, with Ferrari showing plenty of speed on the medium in Q1 as well. With all three potential race strategies very close on paper, as usual it will come down to track temperature and degradation of the soft tyre in particular on race day.”

“With higher temperatures, the degradation of the soft tyre also tends to be higher – pushing teams towards an earlier switch to a harder compound, or more than one stop.” 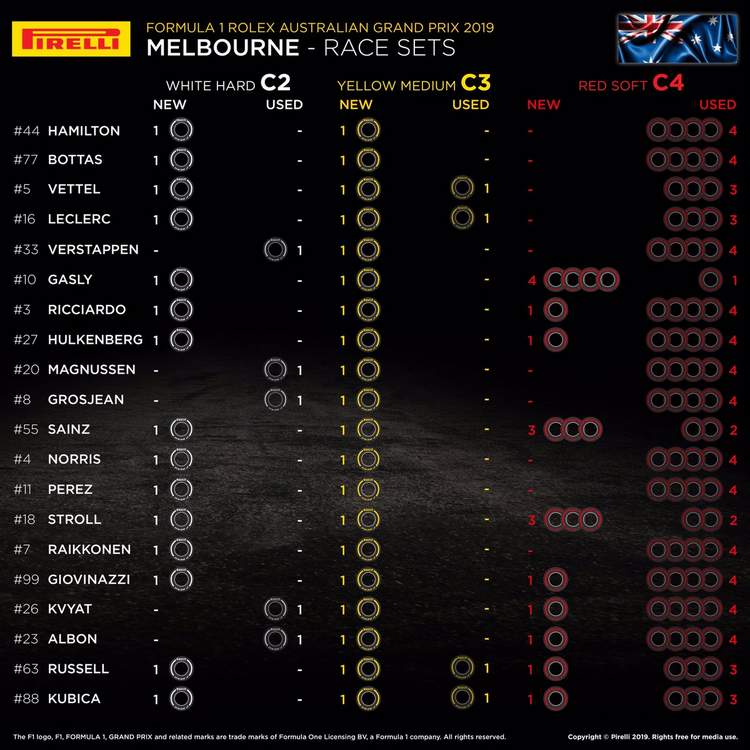