Vettel: Mercedes bullshit that they’re so out of shape 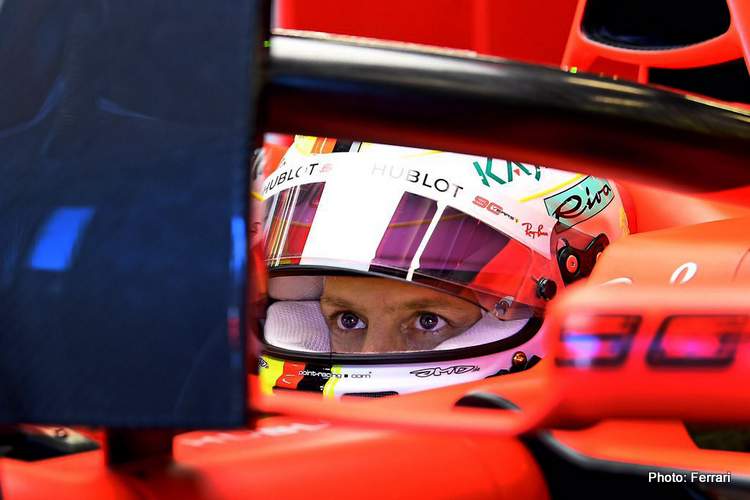 Four-times champion Sebastian Vettel sounded an early alarm bell for Ferrari at Formula 1’s season-opening Australian Grand Prix, saying he was lacking confidence in his car after a disappointing run in Friday practice while accusing Mercedes of talking “bullshit”.

After being pipped by Lewis Hamilton’s Mercedes in the first session at Albert Park, Vettel was a glaring 0.873 seconds slower than the frontrunning Briton in the second practice and complained of handling problems on the team radio.

The German skidded into trackside grass at one corner and said the car was still wobbly at turns on another run after taking it back to the garage for work.

His new teammate Charles Leclerc also had a big spin late in FP2 and managed only the ninth fastest time in an underwhelming debut for the Scuderia.

With Ferrari having been slightly quicker than Mercedes at winter testing, pundits were quick to suspect the team were keeping their true pace under wraps for Saturday qualifying.

Vettel torpedoed the notion, saying the car simply felt different to the one tested in Barcelona.

“I had this (feeling) more than once. I can feel I have the car under me that I had in testing but it doesn´t do the same thing,” said Vettel, bidding for a third successive win at Albert Park.

“It´s not doing exactly what I like here and there so that´s why I´m lacking confidence. At this point we are all flat out trying to understand what happened in the session.”

After winter testing, Hamilton said he thought Ferrari a half-second quicker than Mercedes. He reiterated that Mercedes had plenty of “work to do” in Thursday’s media conference.

But the Briton and teammate Valtteri Bottas ended up leading a Mercedes one-two in the FP2, as the Silver Arrows again appeared to have set the benchmark.

“What was all that bullshit about them (saying) ‘oh, we’re so out of shape’ and so on?” Vettel said. “I didn’t understand that, to be honest. So it was a bit of a surprise.”