From Luca’s Desk: Too early to say if Mercedes are favourites 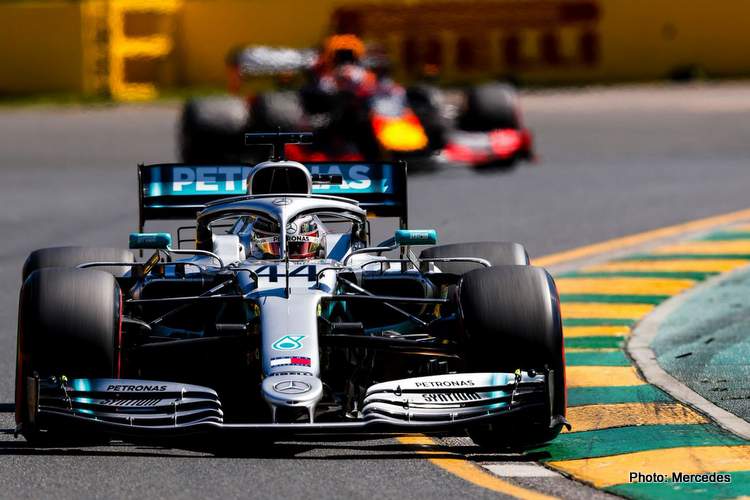 Luca Colajanni is Head of Motorsport Press Office for Formula 1, a veteran media man whose CV shows he was a press officer for Italia 90 before joining Ferrari in 2000 also in their press department where he remained until 2013.

He now runs F1’s first real media service and a good one at that, which pumps out relevant content on a regular basis deserving of column inches and due credit.

Here’s Luca’s take on the first day of action of the season in Melbourne on Friday:

The action got underway, watched by a crowd of 84,500 who filled the grandstands at the Albert Park Circuit – ten thousand up on last year and a record Friday crowd since the race moved to the capital of the state of Victoria in 1996.

However, despite the fine weather and sunny skies, a cloud still hung over the paddock, following the sudden and unexpected death of Charlie Whiting, the FIA Director of Formula 1, who passed away yesterday morning here in Melbourne.

All the teams paid tribute to a man who had spent almost his entire working life in the F1 paddock. Others to speak of their sense of loss were FIA President Jean Todt and the Chairman and CEO of Formula 1, Chase Carey, who made an emotional statement when he met the press this afternoon.

The two 90 minute sessions delivered contrasting results. The first one produced amazingly close times between the top drivers, along the lines of what had happened at the end of winter testing in Barcelona.

The top five, made up of both Mercedes, both Ferraris and Max Verstappen’s Red Bull, were separated by just 267 thousandths of a second. Lewis Hamilton was quickest in 1.23.599, beating Sebastian Vettel by a mere 38 thousandths.

The German’s new Ferrari team-mate, Charles Leclerc was third, 74 thousandths down on the reigning world champion, followed by Verstappen for Aston Martin Red Bull Racing with a 1.23.792. Rounding off the top five in the other Mercedes AMG Petronas Motorsport was Valtteri Bottas, who posted a 1.23.866.

In the second session, the two Mercedes were still closely matched; Hamilton again fastest in 1.22.600, beating Bottas by just 48 thousandths. However, this time the pursuers were a bit further back, led by the two Honda-powered Red Bulls, with Verstappen 8 tenths down and Pierre Gasly a further 42 thousandths.

Sebastian Vettel was the best of the Ferraris, fifth in 1.23.473. If this Friday session were to decide the grid, then the German would find himself alongside his team-mate from the previous four years, Kimi Raikkonen. Now driving for Alfa Romeo, the Finn was sixth in 1.23.572.

Vettel’s current team-mate, the Monegasque Leclerc, finished up ninth in 1.23.754, tucked in behind the new Renault pairing of local hero Daniel Ricciardo, eighth in 1.23.644 and Germany’s Nico Hulkenberg, seventh in 1.23.574.

Does all this mean that Mercedes is the hot favourite to take the first win of the season? It’s too early to say.

More than ever before, Friday’s results should not be relied on as an accurate picture, even if the Silver Arrows look really competitive in all conditions and with all tyre compounds.

It was not the most straightforward of days for this year’s three rookie drivers, especially in the second session. Alexander Albon was seventeenth in the Toro Rosso Honda with a time of 1.24.675, followed by Lando Norris for the McLaren F1 Team (1.24.733) and George Russell who posted a 1.26.453 for ROKiT Williams Racing.

Underlining the Grove-based team’s troubles in this early part of the season, Robert Kubica was last in 1.26.655. Nevertheless, this was a special day for the Polish driver, as it marked his return to Formula 1 after an eight-year absence.