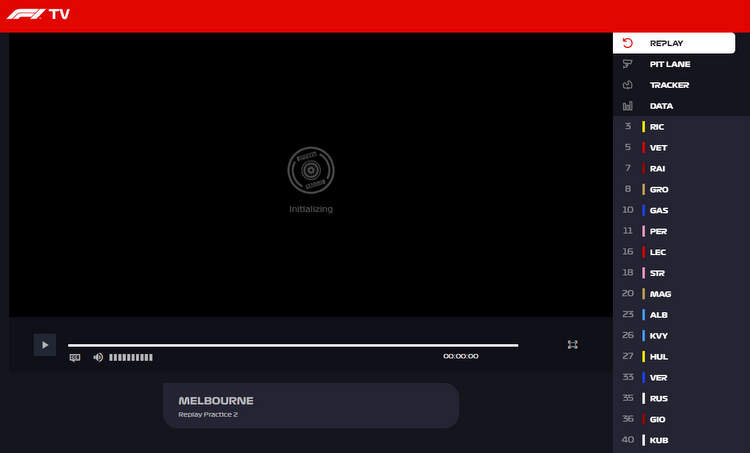 A year since its much-hyped launch last season, F1TV is still struggling to deliver a stream to subscribers who were faced with problems from streams crashing, freezing to not even initialising across all platforms it is available on.

After the problem packed launch and a debut year in what was very much a beta stage, this year before the season began they promised much for the F1TV platform, adding a host of bells and whistles to the App before ensuring a stable and consistent delivery of the live signal.

Furthermore, an hour after the final FP2 session the replay was not available to view as shown above.

The @F1Help official Twitter for F1 TV is trying to do damage control by suggesting the problems are “intermittent” and only affecting “some” when in fact it is across the platform in just about all regions as replies to their tweets indicate.

🛠️We are aware of some fans who are continuing to receive an initialising message with F1TV replays. Our engineers are working hard to fix the issue and hope to have this resolved shortly 🛠️

⚠️ We are aware of some issues affecting the F1 TV Live Broadcast of FP2.

Our engineers are working hard to fix this and we will have further updates shortly. pic.twitter.com/A56sIzTcCQ