Binotto: We did our homework during the winter 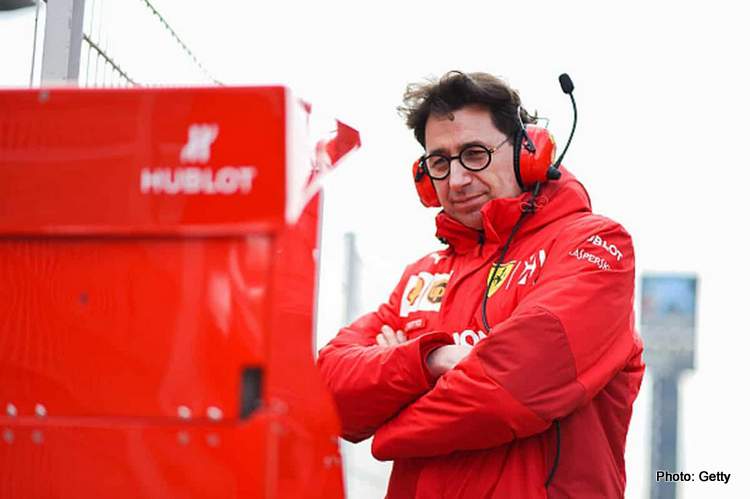 New Ferrari team principal Mattia Binotto is hopeful the team’s 2018 fadeout is beyond them after an off-season spent doing “homework” ahead of the 2019 Formula 1 World Championship season which gets underway in Melbourne this weekend.

The Maranello-based team made a brilliant start to the 2018 Formula 1 season, with lead driver Sebastian Vettel winning the first two races of the year.

Ferrari won six of a possible 21 Formula 1 events in 2018 but triumphed in just one of the last eight as Lewis Hamilton took the world title and led Mercedes to another constructors’ championship.

Binotto – who replaced Maurizio Arrivabene in the Ferrari top job – is excited for a new year to begin at this weekend’s Formula 1 Rolex Australian Grand Prix 2019.

“It’s great for us, it’s great to start,” Binotto said at the official Formula 1 Season Launch event in Melbourne on Wednesday. “We did our homework during the winter time – we are all now focused on the entire season.”

Four-time F1 world champion Vettel cut an extremely relaxed figure at the Season Launch and backed Binotto to help revive Ferrari’s fortunes, “Obviously it’s a big change but Mattia has been with the team longer than I think most of the people that work for Ferrari.”

“I think (he has been at Ferrari for) more than 25 years – so he is not a new face. I think people know him and learn to trust him. For sure, it is a new challenge but I think for the whole team, we try to obviously turn the page.”

“We had our weaknesses last year here and there and we obviously tried to fix those and do much better this year. So far, the spirit is right, the team is on track. I think the car feels good, so let’s see how we start here (in Melbourne).”

Vettel’s teammate, Charles Leclerc, was equally relaxed ahead of his Ferrari debut.

The 19-year-old, who impressed so much for Sauber in 2018, said he was excited for Friday’s qualifying session. “I’m very relaxed, too. Only want to get back on track, finally. It has been quite a long break. I think testing went very well. It looks positive so now I just want to race again. I can’t wait to be at the track on Friday.”

Ferrari have not won a F1 world title since 2008 and have played second fiddle to the dominance for far too long for their liking, in fact, it would be fair to say that the sport could do with Ferrari triumphing this year, but they are going to bring their ‘A-plus-plus’ game to the table.

Big Question: Will doing their homework be enough for Ferrari to beat Merc in 2019?