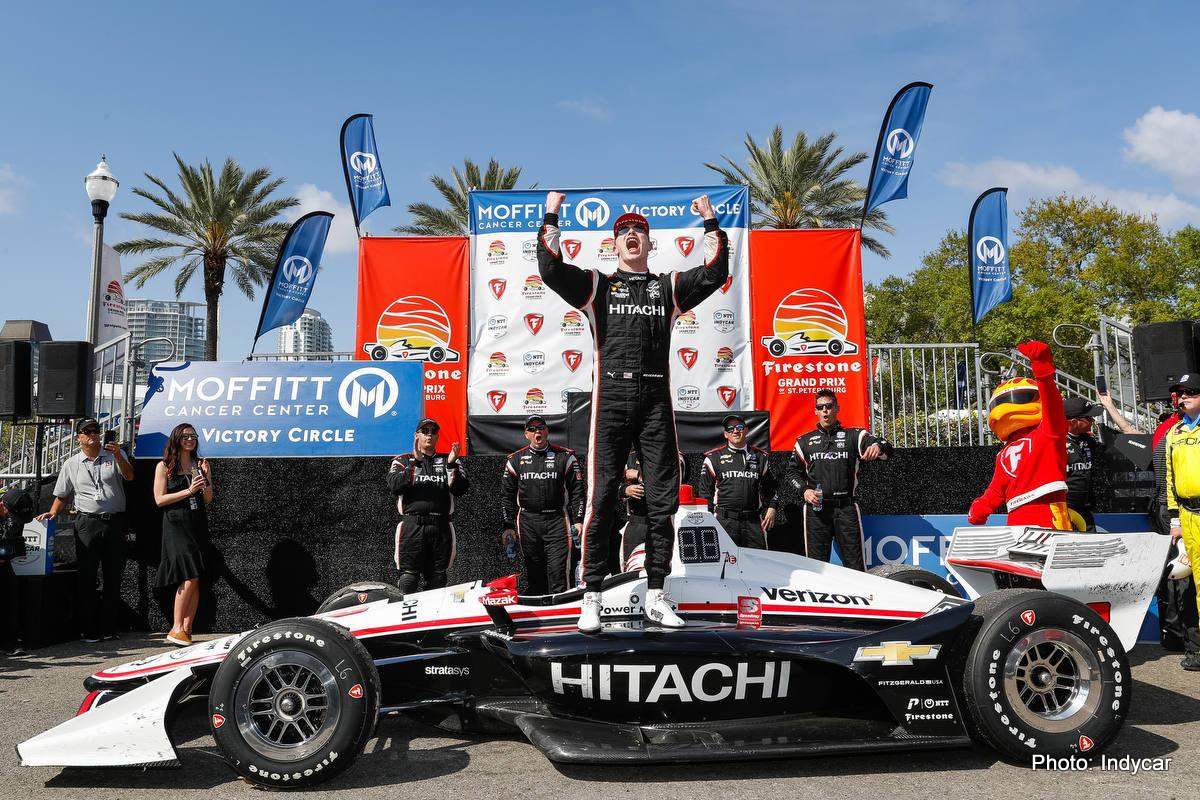 The Team Penske driver earned his first victory on the 14-turn, 1.8-mile temporary street course that also incorporates a runway of Albert Whitted Airport and the 11th triumph of his eight-year NTT IndyCar Series career. Newgarden, who started second to teammate Will Power, won by 2.8998 seconds over reigning series champion Scott Dixon of Chip Ganassi Racing.

Driving the No. 2 Hitachi Team Penske Chevrolet, Newgarden took command with a middle-race stint that went one to five laps longer than the other frontrunners. It allowed the 2017 NTT IndyCar Series champion to cycle to the front during the second round of pit stops and roll on to victory. Newgarden led 60 of the 110 laps, including 59 of the final 60 circuits.

The victory was the 204th in the illustrious history of Team Penske, the most all time. Nine of those wins have come in the 16-race history of St. Petersburg. It also marked a return to form for engine supplier Chevrolet, which went winless on NTT IndyCar Series temporary street courses in 2018.

The race was slowed by just a pair of early full-course caution periods. The first came on Lap 20 when Andretti Autosport’s Ryan Hunter-Reay had a mechanical failure in the No. 28 DHL Honda on the front-stretch. The second occurred when Ed Jones hit the wall in Turn 9 in the No. 20 Ed Carpenter Racing Scuderia Chevrolet. As Jones’ car sat motionless against the well, Matheus Leist clipped it while racing past in the No. 4 ABC Supply AJ Foyt Racing Chevrolet.

Both cars were eliminated. Jones sustained a small non-displaced fracture of the distal fourth metacarpal in his left ring finger, according to Dr. Geoffrey Billows, Indycar medical director. He was splinted and will follow up with a hand surgeon, but it is expected that, with proper splinting, he will be able to participate in racing activities.

Newgarden takes a 13-point lead over Dixon to the next NTT IndyCar Series event on the 2019 schedule. The Indycar Classic at Circuit of The Americas in Austin, Texas, on Sunday, March 24. 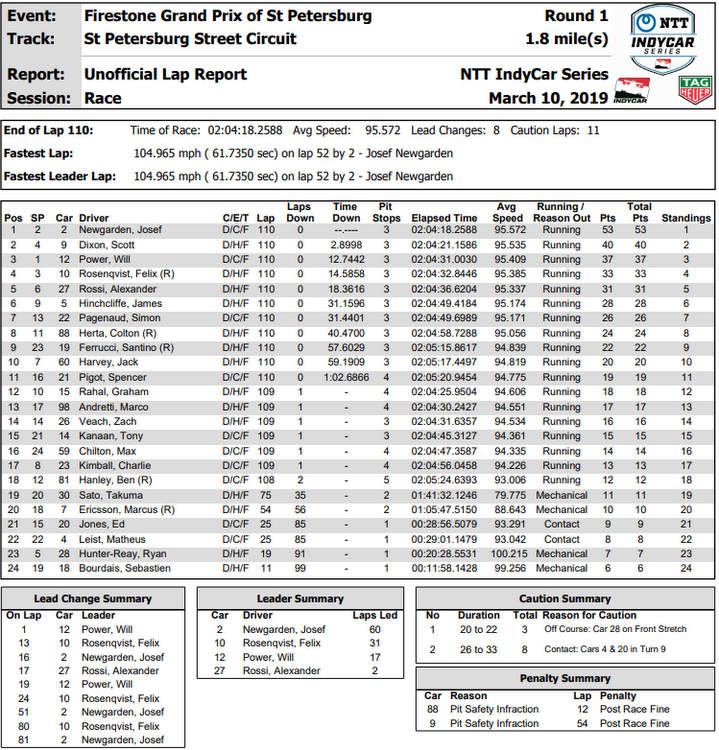