McLaren drive Carlos Sainz topped the timing screens at the end of the sixth morning of Formula 1 preseason testing at Circuit de Catalunya in Barcelona, popping an impressive 1:17.144 during the morning session, but stopped out on track with a problem.

The Spaniard had an issue which forced him to stop on track, but brought smiles to the McLaren garage with the table-topping time with 56 laps covered in the first four hours on Wednesday.

News of the day was Sebastian Vettel’s crash which caused substantial damage to the hitherto bullet-proof and handy SF90. The mechanics in red were very busy on the day.

The top time set by Sainz was a fulls second faster than next best, who happened to be Vettel before he had his off.

Max Verstappen knocked out 69 laps in the Red Bull to end the morning third quickest, ahead of Valtteri Bottas in fourth and 70 laps on his chart, making up for the time lost the previous day. 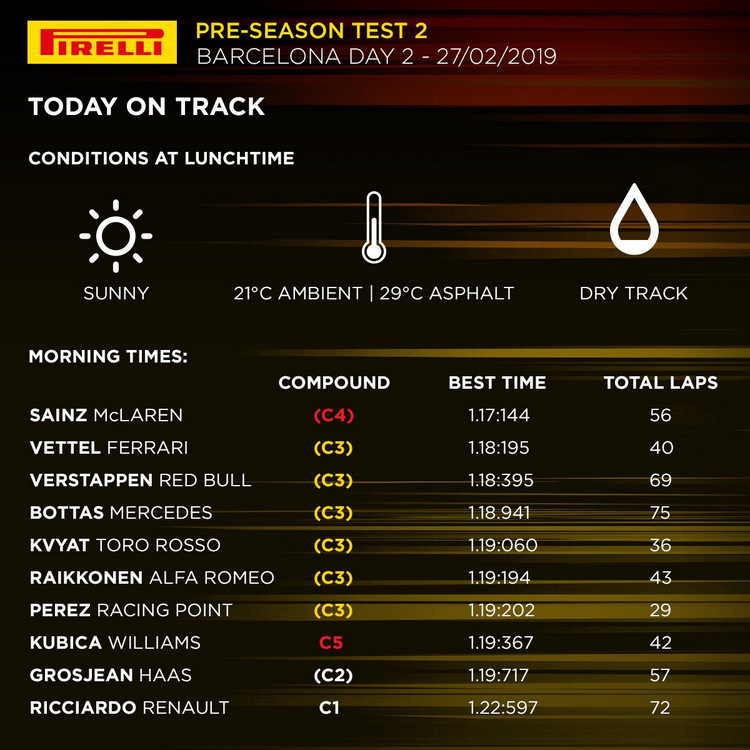