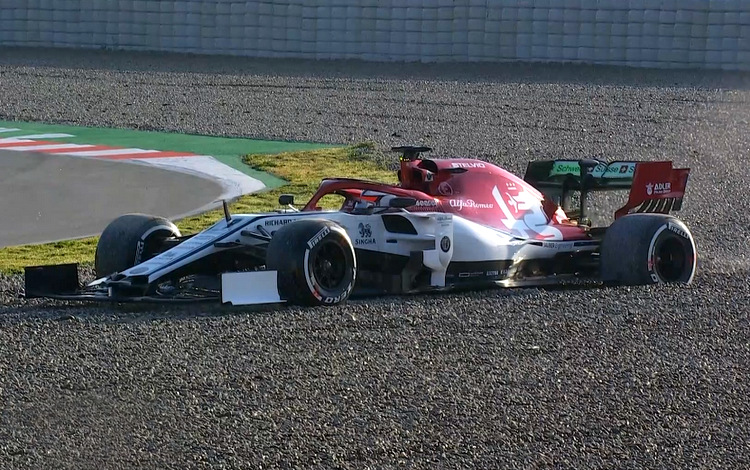 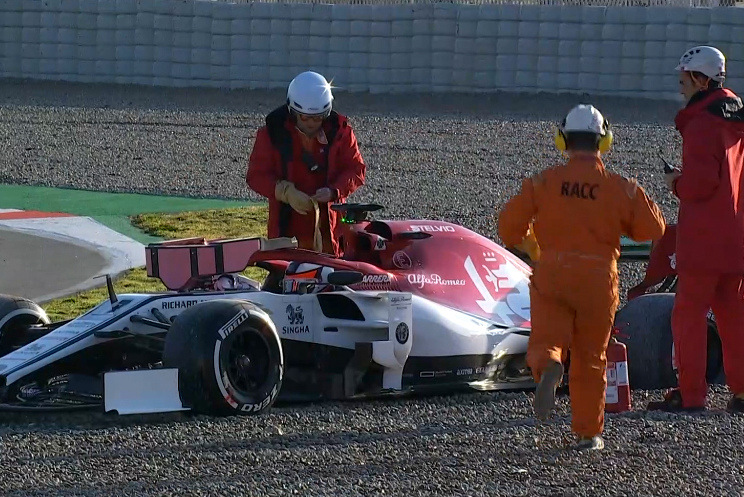 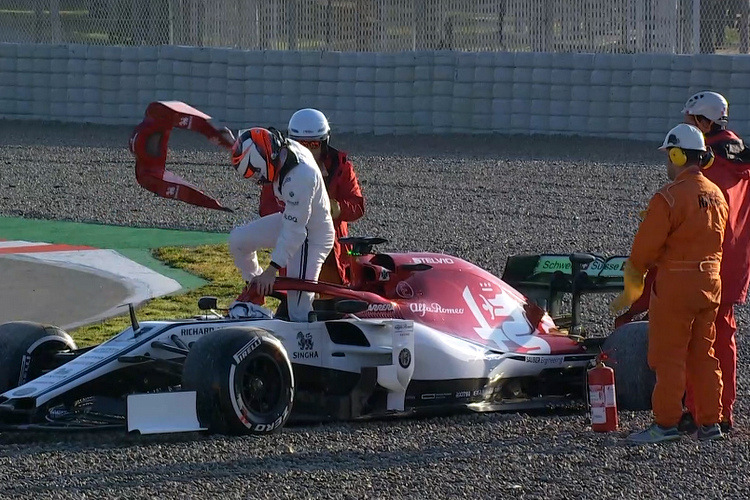 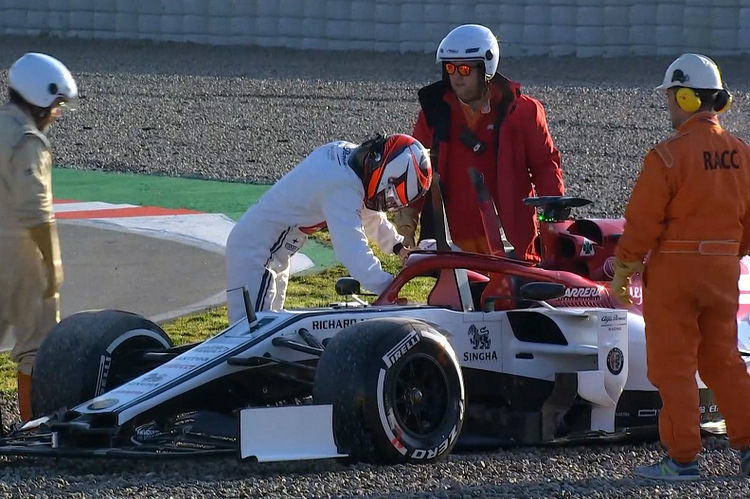 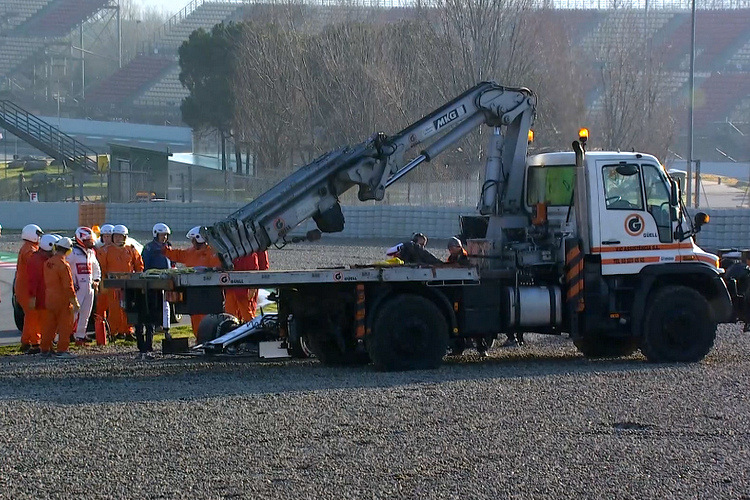 Veteran 39-year-old Kimi Raikkonen had the dubious honour of being the first driver stopping out on track this season mere minutes after Formula 1 testing began at Circuit de Catalunya.

Five minutes into the first preseason test the Alfa Romeo driver got it wrong and spun into the gravel trap and delayed the session for 15 minutes until the new C38 was recovered.

The new Alfa Romeo (formerly Sauber) was revealed to the world in the pitlane half an hour earlier, however, it did have a trouble-free shakedown at Fiorano last week.

Last year Fernando Alonso famously lost a wheel when his McLaren spat a loose wheel and beached him very early on in proceedings.