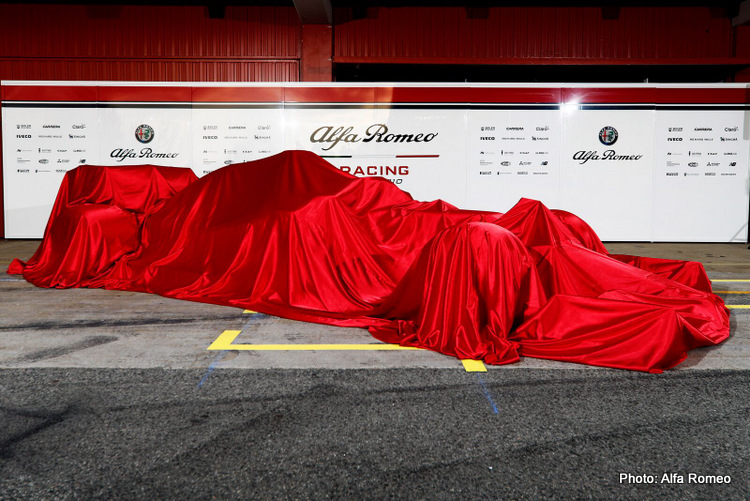 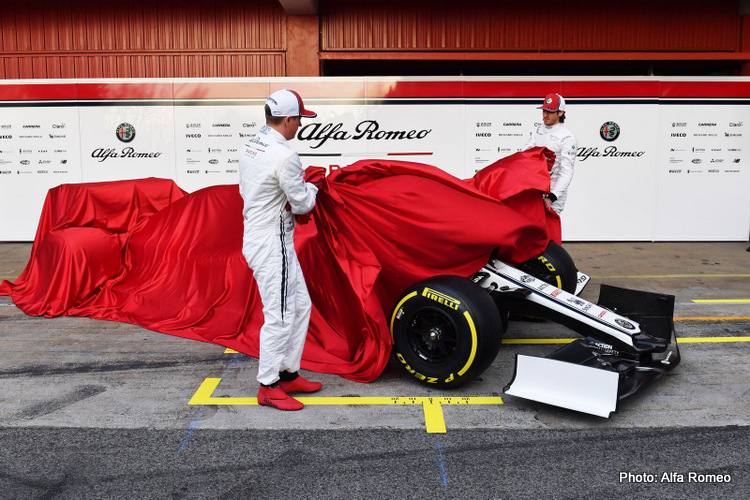 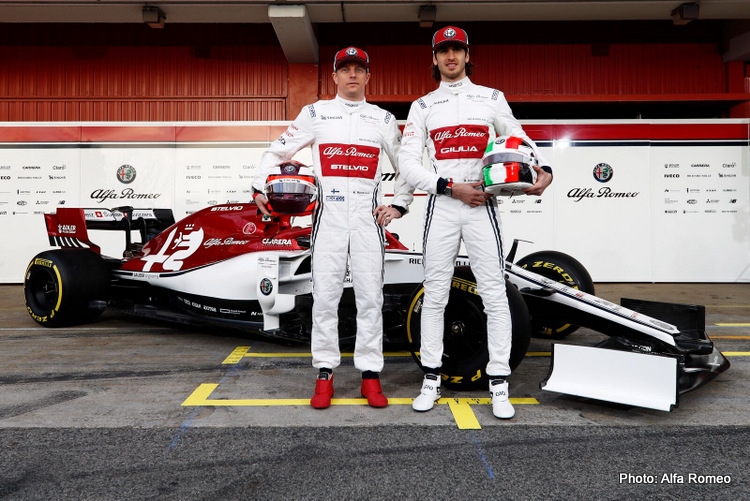 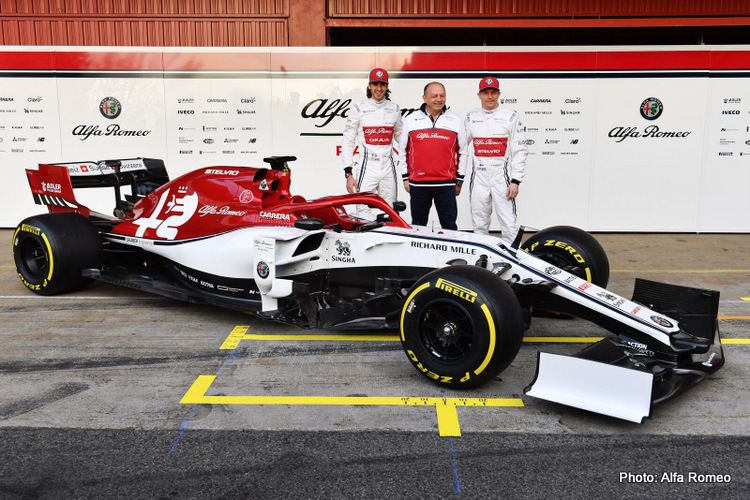 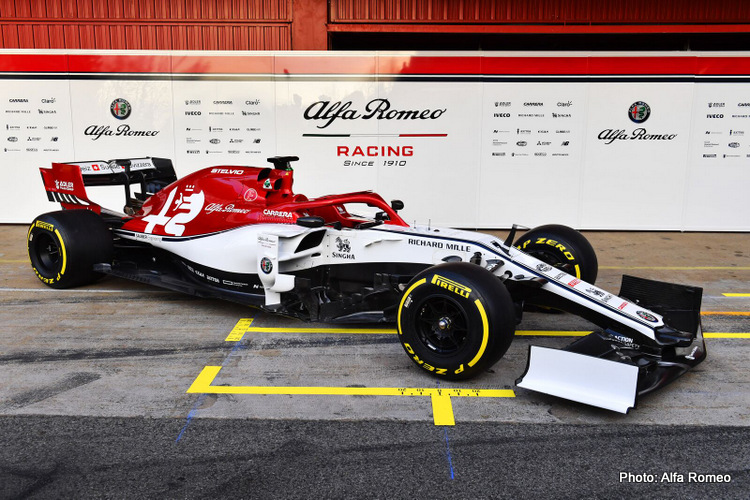 The Alfa Romeo C38 broke cover on the same morning that Formula 1 preseason testing began at Circuit de Catalunya, but before engines fired up in anger the former Sauber team revealed not only their new car but also their all-new driver lineup of veteran Kimi Raikkonen and rookie Antonio Giovinazzi.

A shame that our friends from Wikipedia didn’t show up, as it would have made their job of updating our page so much easier. Boy will they be busy, as there is a lot to do:

New drivers: Kimi Räikkönen and Antonio Giovinazzi. Iceman and Giovi. Thanks to Title Sponsor Alfa Romeo, one (Kimi) is driving the Stelvio with the number 7, the other (Antonio) has the pleasure to deal with Giulia in the car with number 99, which is a homage to his earlier career.

New livery: already a stunner in 2018, this livery is even cooler and sexier, combining the classic colours of the traditional Sauber team – white and blue – with the iconic red symbolizing one of the most historical brands in racing, Alfa Romeo.

New sponsors: our Comms office was nearly as busy as Zurich airport as press releases about new partners “departed” on an hourly basis.

New technical features: Team Principal Frédéric Vasseur and Technical Director Simone Resta don’t want us to go into any detail, but let’s say we used the winter months for getting creative rather than skiing in the Suisse Alps.

We believe that’s enough of exciting news for one day, but it’s fair to say that the
team behind Alfa Romeo Racing looks forward to a new shot at proving their potential and scoring big in 2019.

Frédéric Vasseur, Team Principal Alfa Romeo Racing and CEO Sauber Motorsport AG: “We are proud to present the Alfa Romeo Racing C38 – a car which is the result of the important work of each of member of our team, at our factory in Switzerland as well as at the track. The livery brings out last year’s features in a stronger and more edgy way. We are proud to display the logos of our partners, who have joined us in the scope of the expansion of our commercial activities, on these cars. I would like to thank everyone who has worked towards creating this car for their relentless enthusiasm for our team’s mission and our sport, and we look forward to continuing to make progress and fight for strong results in the upcoming championship.”

Simone Resta, Technical Director Alfa Romeo Racing: “Since joining the team last year, I have seen progressive growth on all fronts and am very pleased to see the result of the hard work completed over the course of this winter, our 2019 Formula One contender, the new Alfa Romeo Racing C38. All departments have been collaborating well and the whole team has been pushing in the same direction. We have set ambitious targets for this season which brings along a significant change in regulations – mainly from an aerodynamic point of view. We have a great driver line-up and look forward to hearing their feedback in the next two weeks of testing ahead of the first Grand Prix in Melbourne.”

Kimi Räikkönen (car number 7): “The car looks great. The livery design is nice. A lot of partners have joined to support this team which is a positive, and we thank them for believing in us. I look forward to getting on track now and learning more about the C38 during the next two weeks of testing.”

Antonio Giovinazzi (car number 99): “I think it is a beautiful car – the design of the livery is great, very clean, and I like the colours a lot. It is my first own car in Formula One and it is something very special to me. We have many great sponsors who support us and we are very thankful for their confidence in our team. I really look forward to jumping into the C38 for the first time this week.”