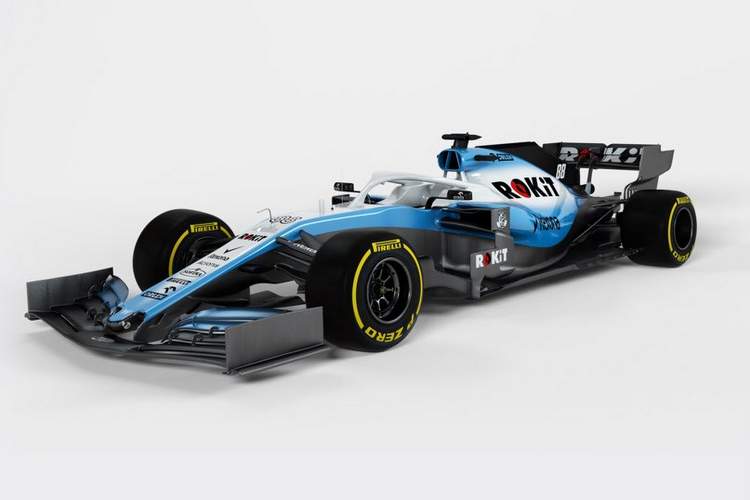 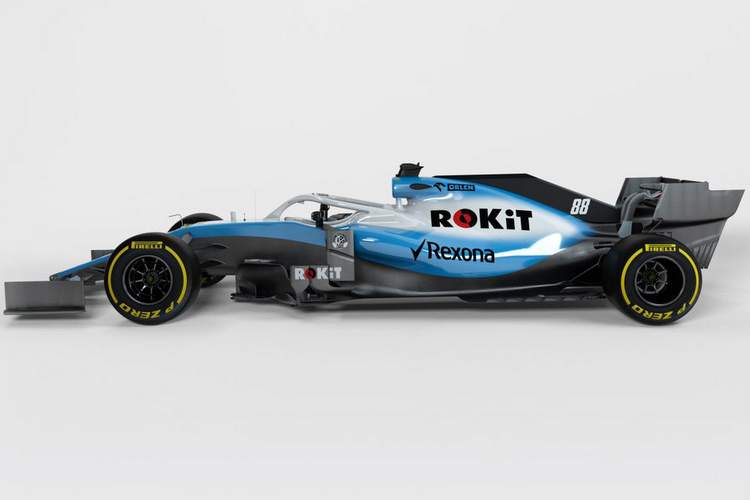 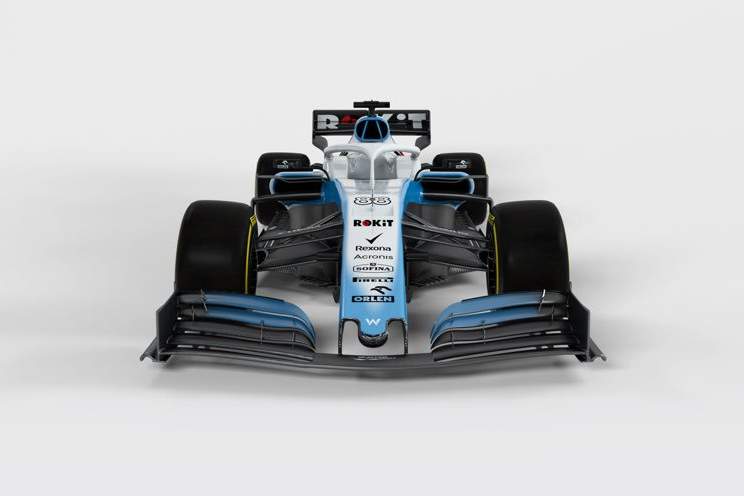 Williams have revealed images of their 2019 Formula 1 car – the FW42 – featuring branding of new title sponsor Rokit, the car which F1 returnee Robert Kubica and rookie George Russell will use to campaign this season.

The once mighty team finished last in the constructor’s championship at the end of 2019 and will be hoping that the FW42 will provide them with a way up the grid once again.

The team unveiled the new livery earlier this week, with the car set for a shakedown this weekend which has been cancelled due to delays in the build of the new car.

Claire Williams confirmed that scrapping the planned first run will afford them time to make it on track on the opening day of testing in Barcelona on Monday.

Meanwhile, the team have also announced their driver line-up for testing in Barcelona: