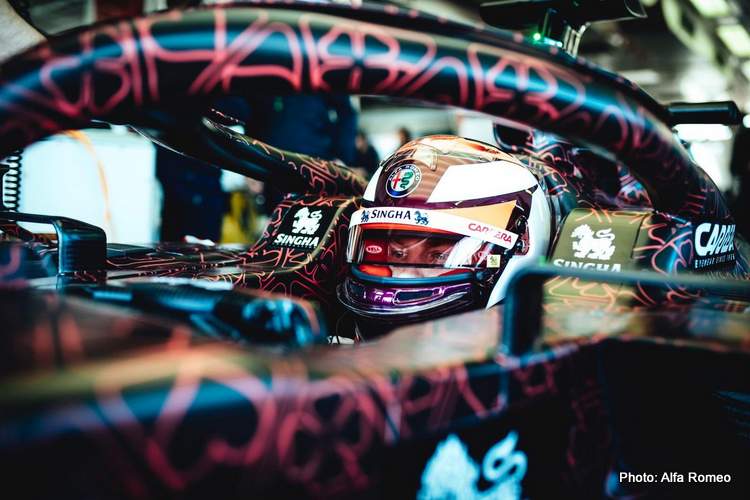 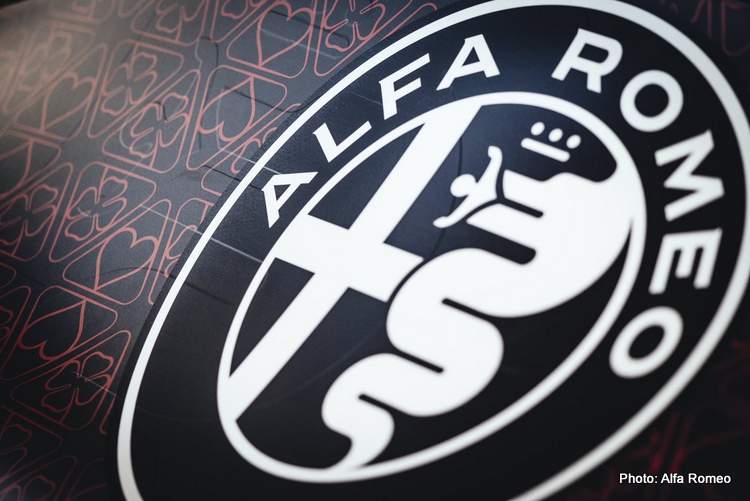 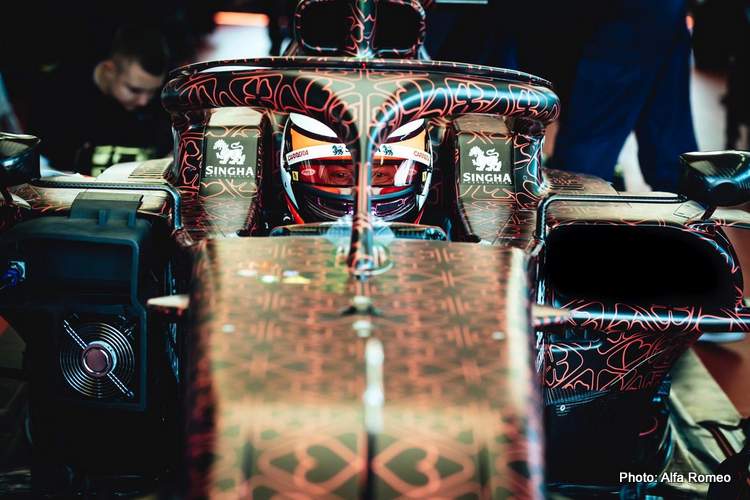 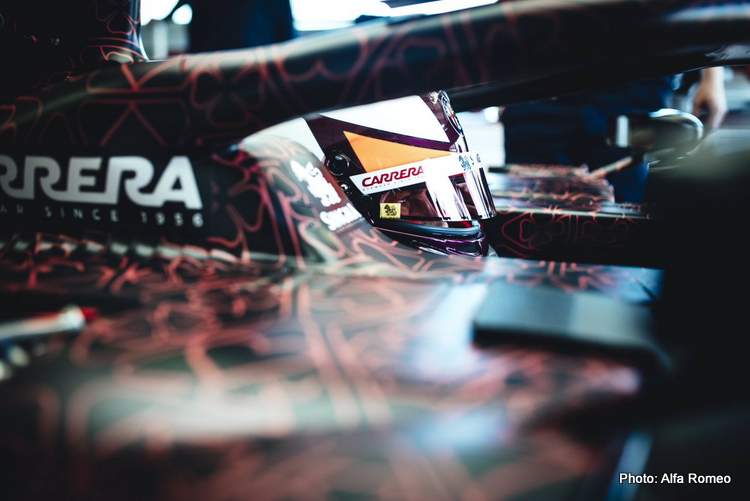 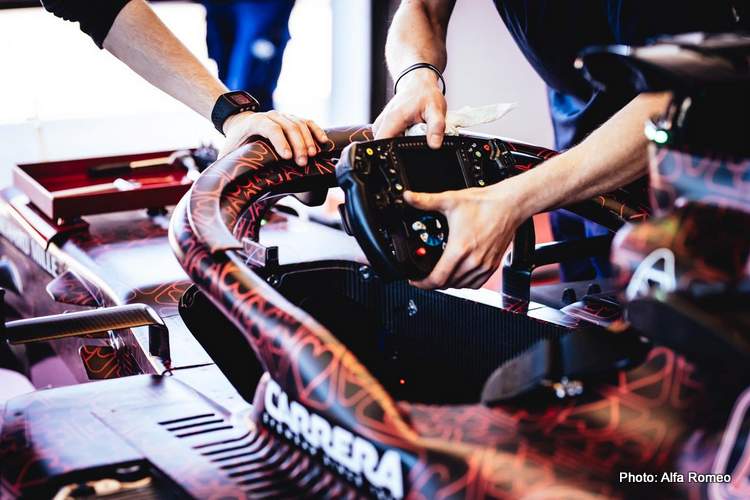 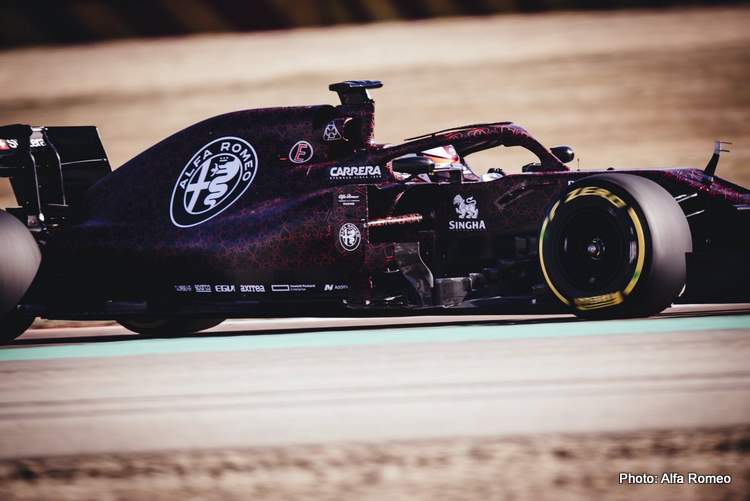 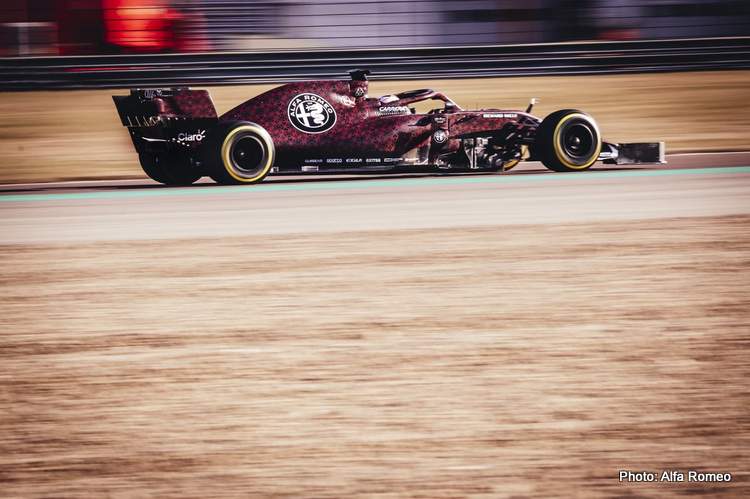 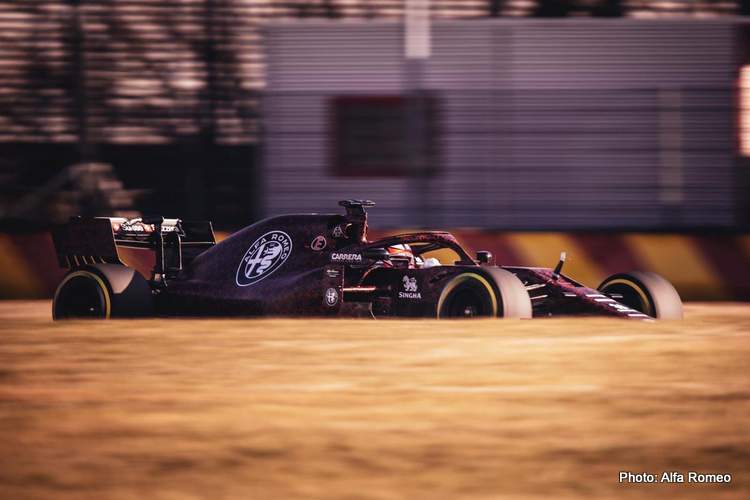 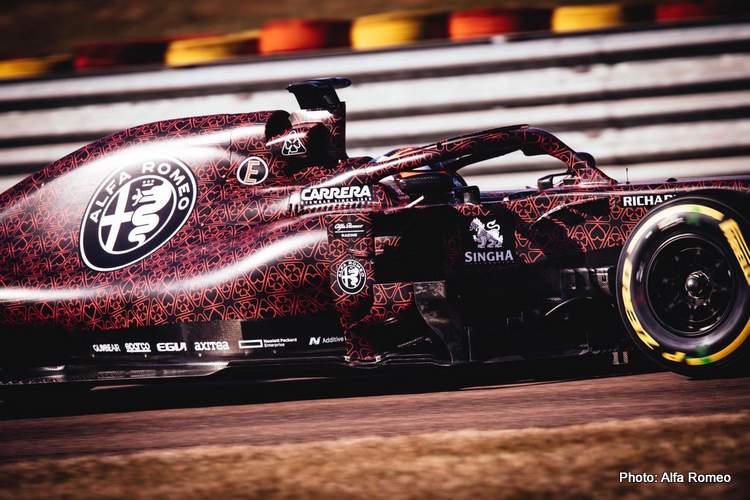 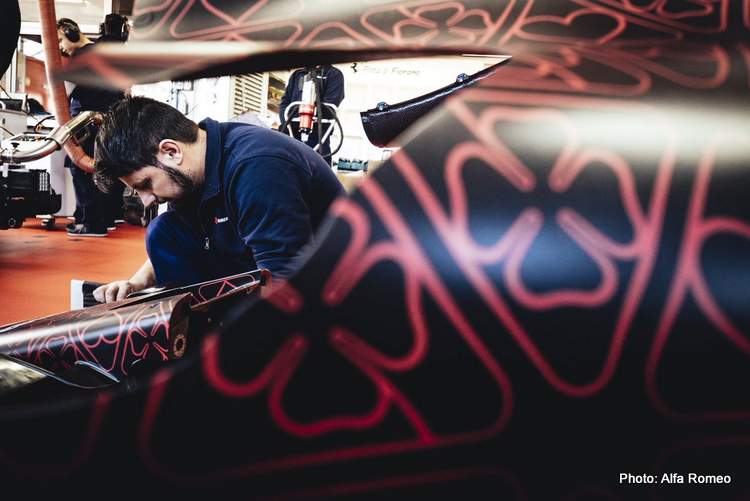 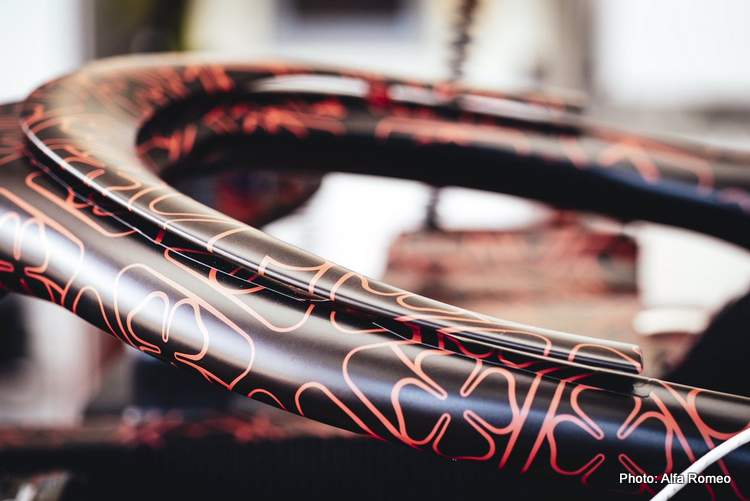 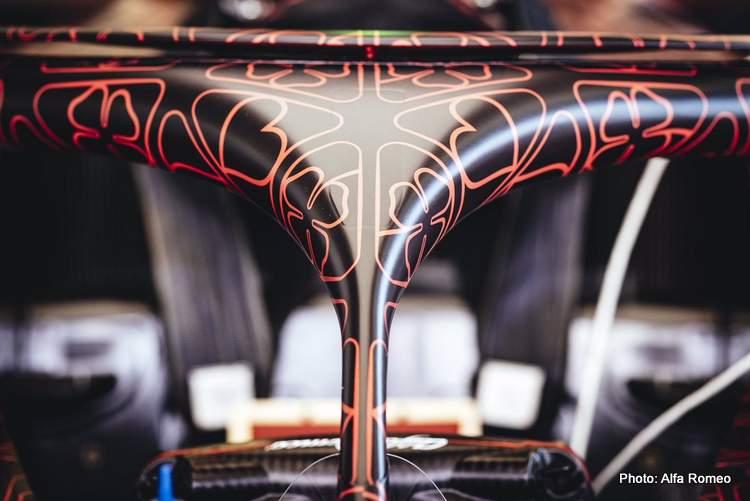 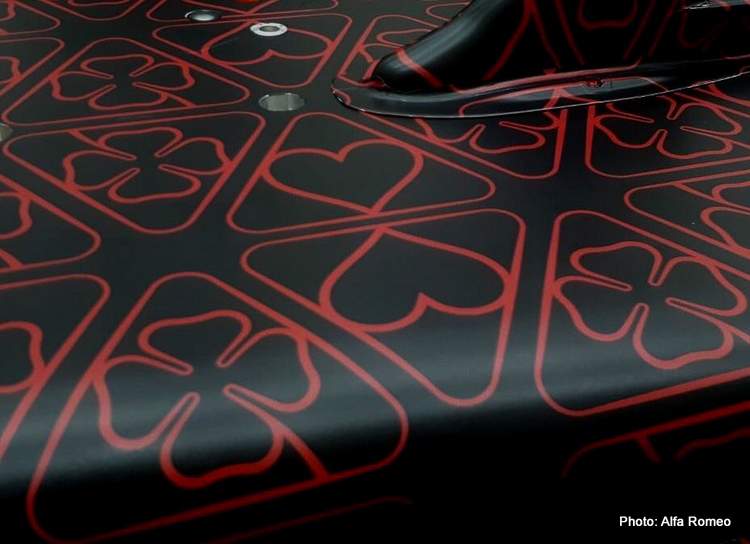 This week Alfa Romeo surprised all and sundry by doing their ‘film day’ on Wednesday, revealing to the world their 2019 Formula 1 challenger which they are scheduled to unveil on the first morning of the first preseason test on Monday.

The car sporting a Valentine’s Day-inspired black and burgundy livery, with a plush curtain-fabric look to it, hit the track at Fiorano where it was given the first shakedown run, having shed it’s Sauber name to morph into the legendary Alfa-Romeo marque.

If the occasion was meant to be incognito it failed to be that as photographers and their long lenses soon had Alfa Romeo in action pictures all over the social media platforms while McLaren were exposing their new car to the world.

They too had material available, so it was no big secret.

After his allocation of 33 ‘film day’ laps (100km allowed) Raikkonen told reporters, “We had a good session on track,” said Raikkonen. “The car felt good and I was able to get a first impression of the car we will be running this season.

“We will work on the last few details and head to Barcelona for two weeks of testing. I look forward to getting to know the car better there.”

Technical chief Simone di Resta said, “After a long winter we are happy to be on track with our new car for the first time. The focus of our work today was on aerodynamic, set-up and cooling checks. We ran for a total of 33 laps and will use our data to establish how the new regulations will affect the behaviour of our car.”

The team reported: “Räikkönen was busy preparing the car with a special ‘love’ livery for the test session, his teammate Antonio Giovinazzi made his way to the airport to retrieve the final part needed for the team to assemble the car and head out onto the track.”

Team Principal, Frédéric Vasseur summed up at the end of the day, “It was a positive day for us at Fiorano. We ran the 2019 car for the first time and were able to assess the progress we have made in our development ahead of the first tests in Barcelona next week.”

“The whole team is pushing to start the season with the best possible base. Our drivers and crew are motivated, and we look forward to heading into the championship and delivering a strong performance.”

The 2019 Alfa Romeo will be unveiled, with proper livery, in the Circuit de Catalunya pitlane before action the first day of preseason testing begins at the Spanish Grand Prix venue.

First photos of 2019 F1 Alfa Romeo out on track