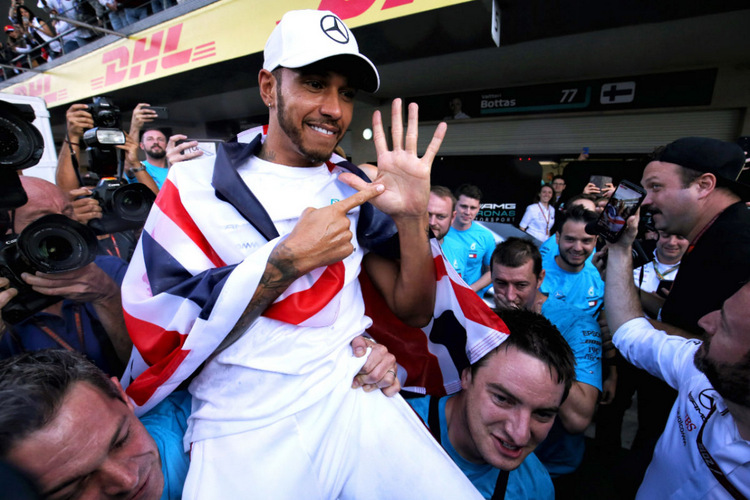 We are not yet done with the 2018 F1 season, with a race still left to go in Abu Dhabi, but that hasn’t stopped those involved in the sport looking beyond to next season.

In fact, for those trailing Mercedes and Lewis Hamilton in the sport, the hard work will have already begun in plotting how the rein them in next season.

This week, several major UK bookmakers have released the odds for the 2019 season. Sure, lots of things can change between now and the time we kick off with the Australian Grand Prix on 17th March, but it makes for some interesting reading and throws a light on some intriguing subplots that may occur.

However, as you might expect, there is very little change at the very top, with Hamilton and Mercedes both the favourites to retain the Drivers’ and Constructors’ Championships respectively. Hamilton is odds-on with most bookies, given a price of 5/6 by Paddy Power and Betfair, with Bet365 going a little higher at evens. It is worth pointing out that those odds are slightly bigger than the start of the 2018 season, so there is a suggestion that the chasing pack might get a little closer to Hamilton next season.

Leclerc respected by bookmakers in first season for Ferrari

That pack, of course, consists of Sebastian Vettel, given odds of 10/3 by Bet365, and Max Verstappen, who looks a little low at 4/1 with the same bookie. However, the intriguing market is one Ferrari’s newest recruit, Charles Leclerc, who is given odds of 10/1 by Betfair.

It’s quite the statement for a driver without a podium finish in his, admittedly short, Grand Prix career, but certainly a sign that both the bookmakers and Ferrari have supreme faith in the Monaco-born 21-year-old. If you do fancy an upset in the season, be sure to check out kasyno bez depozytu for F1 betting first, as you can potentially snap up free bets.

On the Constructors side, the balance of power still seems to reside with Mercedes. Ladbrokes and Coral have priced them up at 8/15 to take their sixth successive title as Constructors. It’s an interesting one from a betting perspective though, because bookies aren’t totally convinced in Valtteri Bottas, given 16/1 odds for the Championship by Betfair, ability to rack up points for Mercedes. It makes you wonder if Ferrari (5/2 Ladbrokes) might be the smarter bet for the Constructors’ title, even if Hamilton does dominate the Drivers’ standings.

Leclerc is not the only young driver to get a lot of attention as he prepares for a big season with Ferrari. Lando Norris, an 18-year-old British wonderkid, will get the nod to make his debut with McLaren next season. Sky Bet have released some special markets for the young Brit, widely seen as having a huge future in the sport. For a start, you can get 2/1 that Norris finishes in the points in his first race and 7/4 that he outscores fellow McLaren driver Carlos Sainz across the season. However, most intriguing of all might be the 5/1 that Norris gets at least one podium in 2019. A tempting price for a kid with bags of talent.