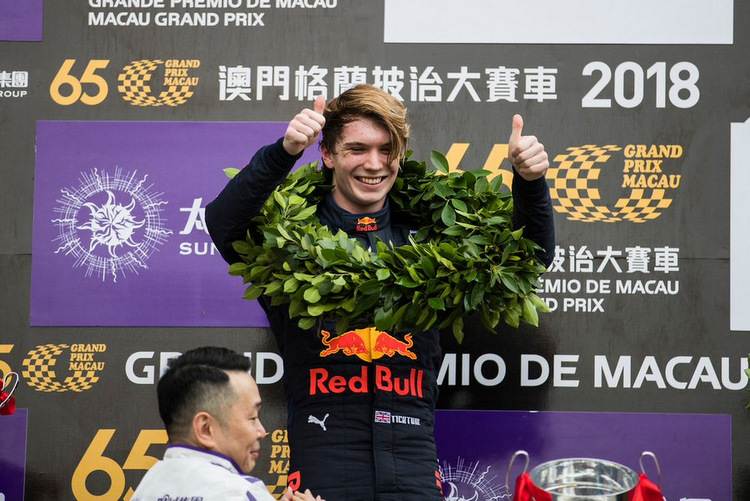 Motopark Academy’s Dan Ticktum dominated the Formula 3 World Cup in Macau, to win at the legendary venue on a day that the accident involving Van Amersfoort driver Sophia Floersch shocked the motorsport community.

From pole, Ticktum controlled the incident-packed race from the front leading every lap despite two safety car periods and a long red flag stoppage to clear the accident.

After that, Ticktum pulled clear and won comfortably from teammate Joel Eriksson, with Carlin’s Sacha Fenestraz in third place.

Mick Schumacher missed out on the podium for Perema Theodore Racing, the European F3 Champion fourth ahead of teammate Ralf Aron.

Ticktum, a 19-year-old Red Bull junior is expected to compete in next year’s Japan Super Formula as his paymasters assess his readiness for the Toro Rosso line-up in 2020.

But the huge accident involving Floersch dominated headlines beyond the motorsport world, as the FIA fumbled getting out information which in turn ignited a social media storm of speculation.

More on that report here: