Ocon: I’m very sorry for Max, it was his race to win 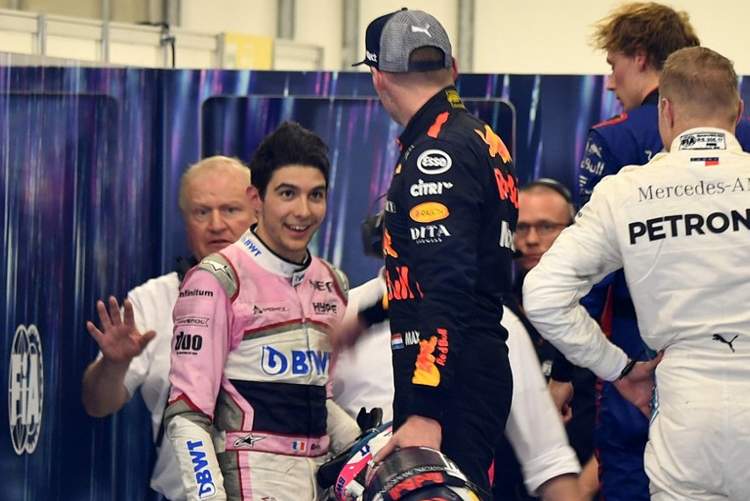 Much has been written about the physical confrontation between Max Verstappen and Esteban Ocon in the drivers’ weigh-in room after the Brazilian Grand Prix, now the Force India driver who punted the race leading Red Bull when being lapped has apologised for his role in the incident. 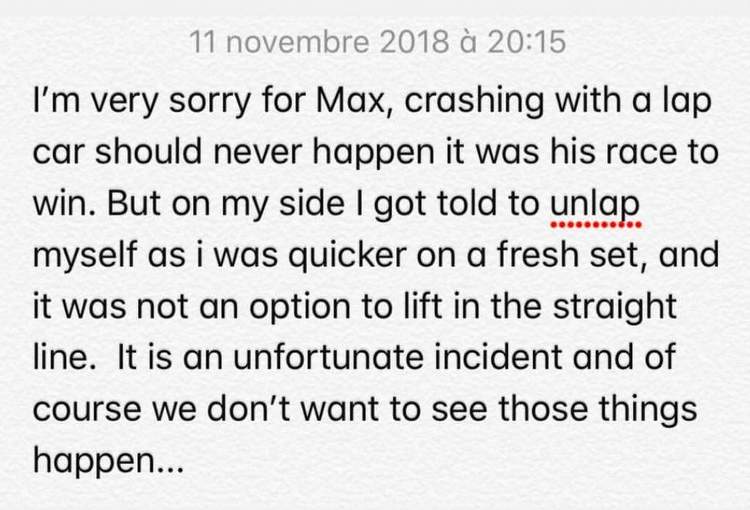 Verstappen was leading at Interlagos when he tried to pass backmarker Ocon, who tried to retake the position but instead made contact.

The impact sent the 21-year-old Dutchman into a spin and allowed five-times world champion, Lewis Hamilton, to win for Mercedes.

The Red Bull driver, who had called the Frenchman an idiot over the radio, was seen on television angrily confronting Ocon after the race and giving him a shove.

He was unrepentant when asked about his actions it soon afterwards, “We are passionate about the sport, right? It would be odd if I would shake his hand.”

Since then Ocon wrote on social media: “I’m very sorry for Max, crashing with a lap car should never happen it was his race to win. But on my side, I was told to unlap myself as I was quicker on a fresh set and it was not an option to lift in the straight line. It is an unfortunate incident and of course we don’t want to see these things happen…”

After the race, even winner Lewis Hamilton had his say on the matter that gifted him an unexpected victory, “I saw it happen and I wasn’t surprised by it or anything like that. I saw them racing but they weren’t racing for the same position. In my mind, I would have been in a different frame of mind [to Max].”

“Fortunately he was able to keep going, no one got hurt, and they kept going, it’s a racing incident I guess. Max is that go-getter guy and every now and then it bites you,” added the five times F1 World Champion.

But until late Sunday night in Sao Paulo, Verstappen was unrepentant, “I don’t care what those people say. I am a winner. To get taken out like that and then to get a stupid response from his side as well, I was unhappy about that.”

I respect the FIA’s decision but just to be clear, if you are faster you are allowed to unlap yourself. I overtook 7 times into turn 2 this race it was always tight, but always fair… #EO31 #brazilgp #swipe⬅️