Horner: Esteban was lucky to get away with a push 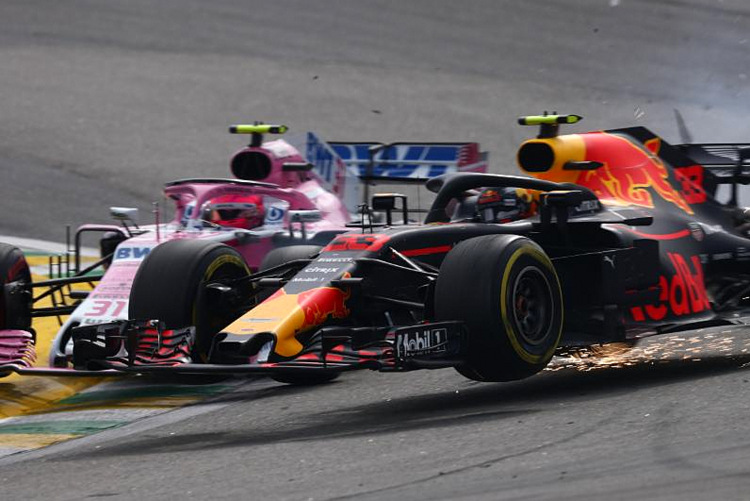 In the wake of the push and shove rumble in parc ferme between Max Verstappen and Esteban Ocon, Red Bull team chief Christian Horner believes that the Force India driver was lucky to get away with only a push after he cost their driver and the team a sure victory at the Brazilian Grand Prix.

The handheld video footage of the scuffle between the pair, in the weigh-in area after the race, has gone viral and may land the Dutchman in hot water.

But he is getting full sympathy from his boss Horner, who told Sky F1, “What on earth Ocon was thinking there is beggars belief. I think look they are quick on the straight, but why on earth is he racing the leader if he doesn’t have the pace and he chucked the car up the inside there, it makes no sense.”

“I think Max has been restrained to be honest, he drove his heart out in a damaged car and Esteban was lucky to get away with a push to be honest with you. The emotions are running high. I told him to get yourself under control on the cool-down lap because he lost a victory through no fault of his own today.

“We did everything right we had Mercedes on the ropes, we passed Ferrari so it was frustrating for everyone. To close on Lewis again with half the floor missing, the amount of downforce he’s lost is a lot. We could see the front tyre of Lewis’ was opening up, but with the damage he didn’t quite have enough pace to catch him.”

“We just want to finish on a high, Daniel [Ricciardo] drove a fantastic race. His moves on Bottas were amazing, and he made a call before the turn to say: I’m going.”

“Since the summer break, Max has only just scored less points than Lewis. He’s driven with discipline. Mercedes had to pit early they and were exposed on that tyre. It’s a crying shame and it’s a long trip home for us. Our race pace was better than we anticipated. Congrats to everyone at Mercedes, we’re just disappointed we lost the race here,” added Horner.