Button is Big in Japan with Super GT title. 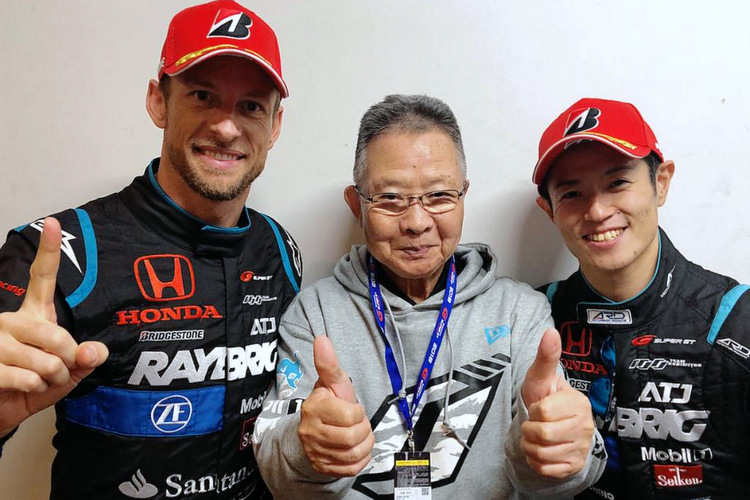 Jenson Button showed he still has it in him when together with teammate Naoki Yamamoto they finished third at Motegi to wrap up the GT500 title and thus became the first ‘rookie’ to win the Japanese Super GT Championship in over a decade.

Button’s team, Kunimitsu Nissan had not won a title since 2011. Third place was enough to do the business on the day by a mere three points from TOM’S Lexus drivers Nick Cassidy and Ryo Hirakawa. The pair chased hard to the very end.

For the 38-year-old Button, it was his first major title since winning the 2009 Formula 1 World Championship with Brawn GP.

After the race at Motegi, he said, “That was a tough race. They are never easy and that’s what makes it extra-special. This championship is one of the toughest in the world. That’s coming from someone who has raced in F1 for so many years.”

“I feel a bit like a visitor to this team because these guys have been fighting for so long. I couldn’t be happier. It’s a long time coming from me.”

“The last championship I won was nine years ago. That was quite a big one, and this for me at the moment feels just as big. This is so important,” added Button who last drove in Formula 1 last year at the Monaco Grand Prix where he subbed for Fernando Alonso at McLaren so the Spaniard could race the Indy 500.