Brown: A separate racing team will be created for Indy 500 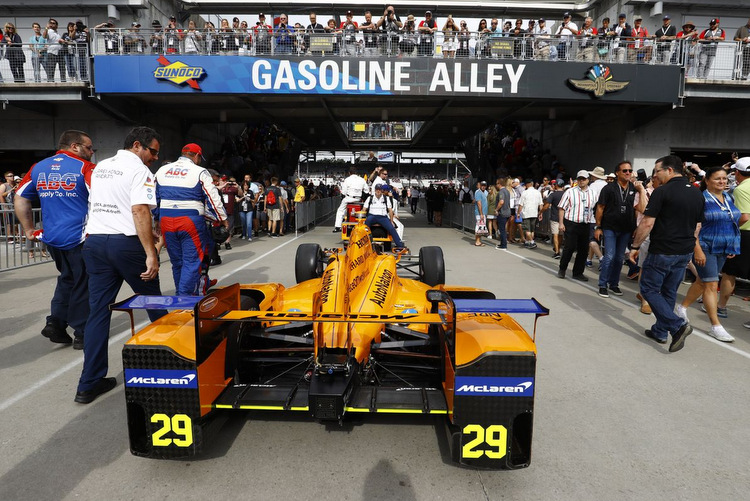 McLaren are setting up an entirely new operation in the United States from which they will run their Indy 500 campaign next year, ditching their partnership with Andretti Autosport to carve their own niche in what could be a fully fledged Indycar programme at some stage in the future.

After the announcement that McLaren will run an entry in next year’s edition of the Indianapolis 500 for Fernando Alonso, team chief Zak Brown explained to reporters, “It’s a whole separate racing team that will be created.”

“We’re a large racing team with lots of resources, and I’m extremely confident – or we would not have entered – that we will give maximum effort to F1 and this Indy 500 effort without one compromising the other.”

“It’s going to be people that aren’t currently on our F1 team. It will be built up from relationships that we have. But yes, it will be a new McLaren entry.”

“We always had a desire to go as McLaren Racing, last time we did it at such short notice I think it would have been impossible – I think it was six weeks between announcing and racing – and you can’t build a race team up that quickly.”

“The shareholders and ourselves wanted to go as McLaren Racing, that’s why we made the announcement today, to give us sufficient time to bring those resources and people in, to have our own team.”

Brown described entering the Indy 500 with Alonso as a “no-brainer decision”, adding: “We always wanted to do it, as we’ve been speaking about, but we always wanted to make sure we got everything in place, and we’re happy with where we’re at. And hence the announcement.”

With Alonso’s Indy 500 entry being part of his quest to claim the Triple Crown of Motorsport, Brown stressed that McLaren’s target for the 2019 race would be to win.

“Our commitment to Fernando and ourselves is that we are going to give him and ourselves every chance to be competitive, and we’re going there with every chance of trying to win the race. So equipment, testing, personnel, all those will be of the highest calibre to have the best chances possible for Fernando to try and drink the milk.”

As for the possibility of running a two-car effort, Brown said, “I don’t think I’m going to comment on that at this moment.”

But conceded that it could serve as a launch pad for a fully fledged Indycar campaign, “Certainly we’ll be in a position where we’re there with the equipment, people, resources, so it certainly gives you a head start if ultimately we decide to do a full-time entry.”

“IndyCar as a series is attractive to McLaren Racing. We have big ambitions, first and foremost to get back to winning world championships, and winning F1 races, but we think the IndyCar series, the market which is races in, how they go motor racing, is of interest to McLaren.”

“It’s something that from a longer-term point of view continues to be under review, and which certainly I’d like to see us [as] a full-time entry in the future,” added Brown.

Big Question: Is it good for McLaren run an Indy 500 programme in conjunction with trying to lift their F1 team from the foot of the grid?