Hamilton: I did not have a high opinion of Niki 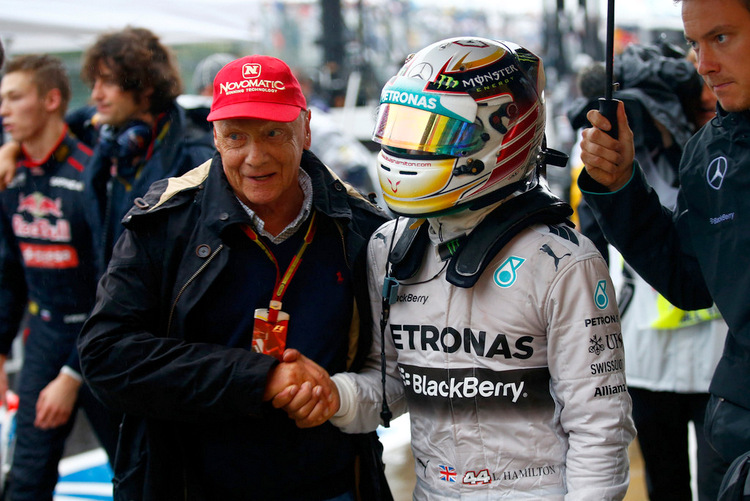 Lewis Hamilton admitted this week that he was not impressed by Niki Lauda before the pair became teammates at Mercedes. Since then they grown much closer, with the British driver revealing how he keeps the convalescing Austrian in the picture.

Lauda and Ross Brawn convinced Hamilton to join Mercedes in 2013, and amid much criticism and ‘prophecies of doom’ it has proven to be one of the most inspired signings in the history of the sport. Now, four Formula 1 world titles later the pair are best of chums.

But before that Lauda, in his role as a pundit, did not shy away from criticising Hamilton when he drove for McLaren, at one point calling him “mad” and questioning his tactics.

While the Merc deal was brewing, to break the ice Hamilton explained how Lauda – a TV pundit on German TV before becoming Mercedes F1 chairman – undid years of criticism with a simple sentence: “You’re a racer, just like me!”

“From then on, our relationship got better and better. I love Niki, I miss him and I hope he will be back soon, but originally I did not have a high opinion of Niki.”

“I often send him a video from the box or from the engineering briefing and keep him up to date on what’s going on here.”

“He called me last week, it was so nice to finally hear his voice again. He was very happy that the operation went well, he was joking and in a good mood,” added Hamilton.

Lauda is recovering from a life-threatening lung transplant he suffered in summer which has kept him out of the paddock.

Former F1 chief Bernie Ecclestone, a close friend of Lauda, added, “He said he feels much better and just has to take a lot of pills and be disciplined. His secret plan is to be back in Abu Dhabi,”