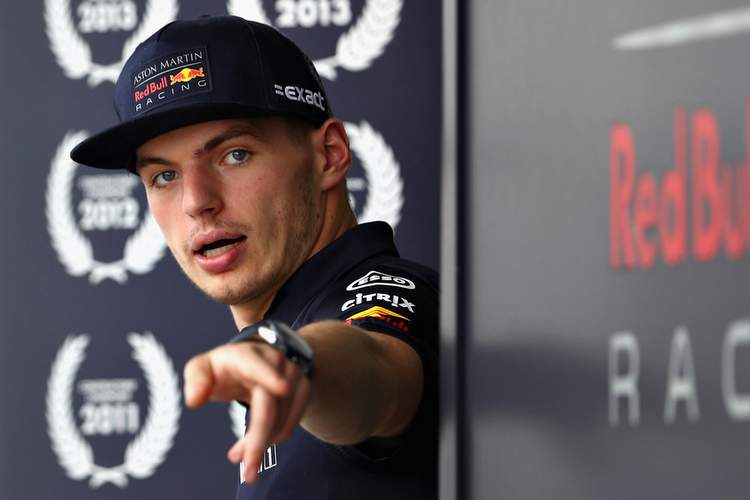 Renault have taken a cheeky stab at Red Bull’s Max Verstappen ahead of the Brazilian Grand Prix, taunting the Dutchman in the preview to the race weekend at Interlagos. 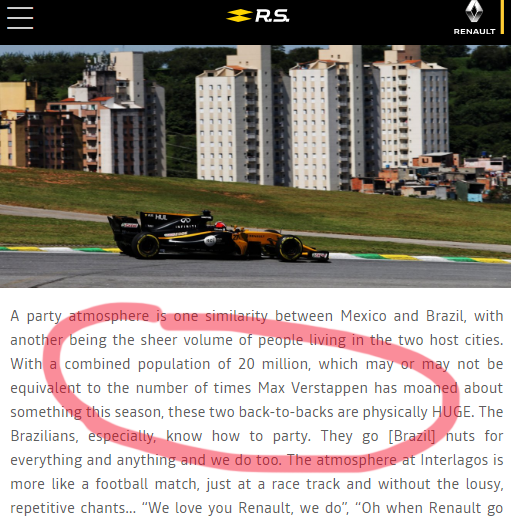 Previewing Round 20 of the 2016 Formula 1 World Championship, Renault wrote on their website: “A party atmosphere is one similarity between Mexico and Brazil, with another being the sheer volume of people living in the two host cities.”

“With a combined population of 20 million, which may or may not be equivalent to the number of times Max Verstappen has moaned about something this season.” Ouch!

Of the Renault powered band of drivers, Verstappen has been critic in chief, often lamenting the lack of power at his disposal and blatantly blaming the team’s engine supplier.

Despite the power disadvantage to Mercedes and Ferrari this season, Verstappen has won twice, most recently last time out in Mexico.

Next year Red Bull joins Toro Rosso with Honda power and the long-standing media based feud between the energy drinks outfit and Renault will finally end as they part ways, with the feuding partnership making way for a real rivalry.

Verstappen: We will not be worse than Renault