All about the Vietnamese Grand Prix venue in Hanoi 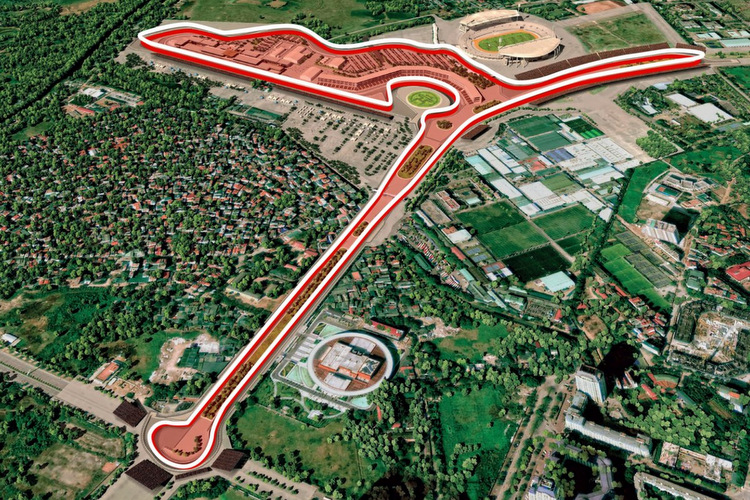 From 2020, an exciting new venue will adorn Formula 1’s calendar as Vietnam plays host to a dazzling new street circuit in the beating heart of its iconic and culturally rich capital city Hanoi…

The Vietnamese Grand Prix will become F1’s fourth street race, joining Monaco, Singapore and Azerbaijan with its unique 22-turn, 5.565km track. It will also be the fourth race in Asia, joining China, Japan and Singapore. 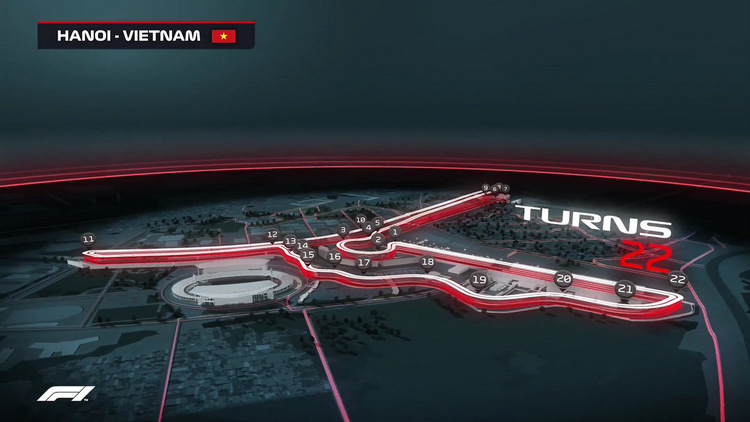 Inspiration from all over the world

F1 is blessed with a plethora of stunning turns and corner sequences scattered across the world’s great racing circuits, so in creating a new track, it makes sense to take inspiration from them.

That’s what the architects of the Circuit of The Americas, the current home of the United States Grand Prix, did. They drew creativeness from the quick Maggotts-Becketts-Chapel sequence at Silverstone and Istanbul’s multi-apex Turn 8 among others.

The same strategy was employed for Vietnam’s new track, located on the western side of the city in the vicinity of the My Dinh National Stadium. And that means it’s not your typical street circuit – far from it…

The aim was to create a unique hybrid layout, fusing a street circuit’s characteristics with a permanent countryside track layout within the confines of the city’s topography.

There was a real desire to steer away from humdrum 90-degree road-junction type corners and foster a layout that facilitates wheel-to-wheel racing while retaining a closed-in street feel that makes city race tracks so demanding for drivers.

Turns 1 and 2 are based on the opening corners at Germany’s Nurburgring – known as a red zone for overtaking. In 2006, you may remember Juan Pablo Montoya sweeping by Giancarlo Fisichella by using the long straight for slipstream and completing his pass in the braking zone for Turn 1.

Turns 12 through to 15 may look familiar, too. They have been inspired by a section of the famous Monaco street circuit, from Turn 1 and the run up the hill to Massenet.

The Turn 16-19 sequence that follows features fast changes of direction reminiscent of the sweeping iconic Esses at Suzuka, while the final three corners take inspiration from Malaysia’s Sepang – the fast left-right followed by a tightening radius entry.

That tricky and challenging final sequence, which completes the lap, offers the potential for mistakes and opens the door for a chasing driver to pick up a slipstream and launch an attack into the first turn. 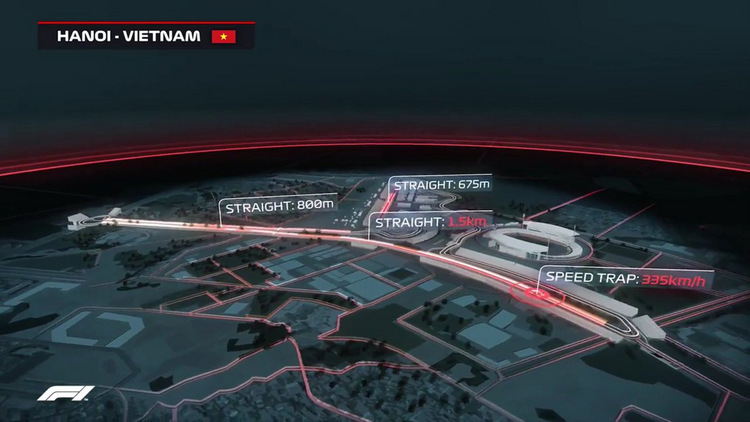 How the design came about

You won’t be surprised to hear it’s been a lengthy process.

It was at this stage that anticipated car speeds, G-forces and the overall flow and characteristics of the circuit could be assessed.

The final design will be the culmination of a collaboration between F1’s Motorsports team, circuit design company Tilke (who have been responsible for designing many of F1’s best tracks), the City of Hanoi authorities and the race promoter, with governing body the FIA also part of the process.

What the drivers and fans can expect

What’s certain is that fans attending should be treated to plenty of action – not a procession. The drivers, meanwhile, will have their skills tested to the limit.

The circuit features a range of corners from a slow-speed hairpin and technical slow- to medium-speed corner combinations to high-speed esses and flat-out corners and long straights – one of which is 1.5km in length, with expected speeds of 335km/h through the speed trap.

The opening two sectors lean towards slower-speed turns and longer straights while the final sector will put a premium on cornering.

The long straights will create a challenge for the teams, as they will have to balance wing levels to maximise speed on the straights while generating downforce to attack and defend through the corner sequences.

Intriguingly, the pit lane also misses out the last and first corners, which should reduce the amount of time it takes to complete a pit stop and therefore make a multi-stop strategy more enticing and viable. 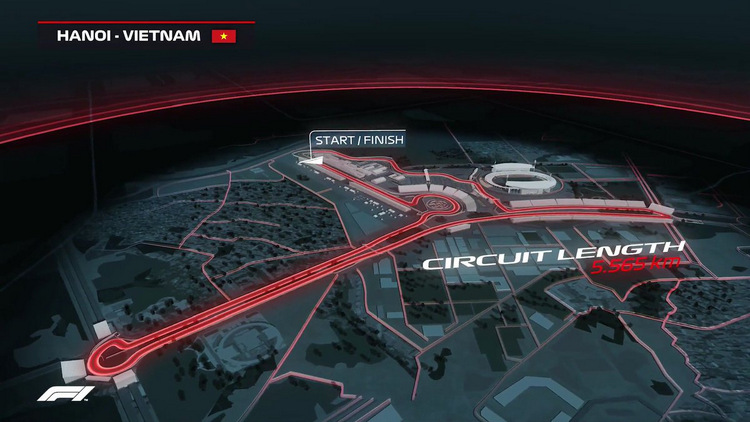 F1 representatives have already made multiple visits to the venue while the FIA’s F1 Race Director Charlie Whiting has also been, with the governing body responsible for granting the circuit a homologation licence once they are satisfied the track design is safe and meets their Grade 1 (the highest level required to host F1) requirements.

April 2020 may seem like a while away, but there is plenty to do before then – in fact in many ways the project is just beginning!

The circuit and building detail designs need to be signed off, along with construction project plans and site planning approvals. Once those are completed, the land can be prepared ahead of the construction phases.

The build process for the inaugural race will run from now right up until the start of the event.