Vettel: We lost momentum because we were not fast enough 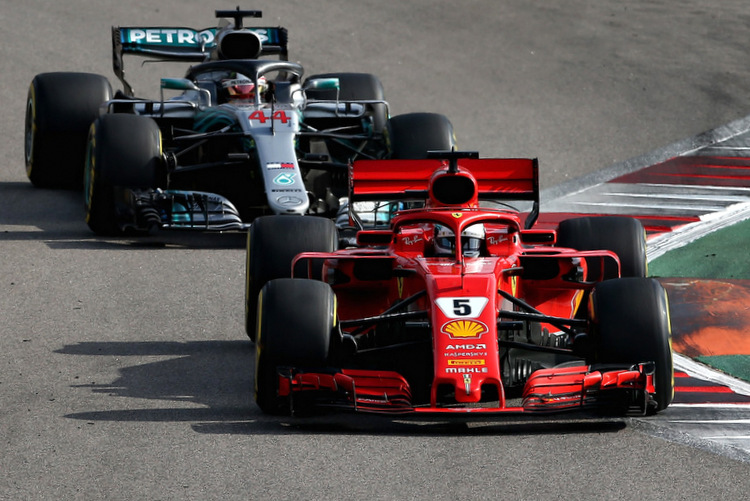 Ferrari began the year in fine style, their star driver Sebastian Vettel powering to victory in the first two races of the season with what many believed was a dominant car – the red SF71H better than the silver Mercedes W09 – but the German who lost the championship in Mexico last weekend disagrees.

In an interview with Autosport magazine, Vettel conceded, “It is absolutely true to say that we have a very strong car but I think people’s perception of the fact that we had a dominant car. I don’t think it was true, if you look at the results I don’t see where the dominance is.”

“Don’t get me wrong, I am not sitting here saying I had a bad car. Not at all, because I know I have a strong car. [But] unlike the people’s perception, I don’t think we had a dominant car. Mostly we were not fast enough. At the end of the day, you need to have the speed to fight for the championship.”

After his victory at the British Grand Prix, Vettel led the championship standings by eight points but things started going pear-shaped when he crashed out of his home race at Hockenheim while leading comfortably.

Sebastian: We lost momentum also because we were not fast enough

After the summer break, Vettel and Ferrari began part two of the season with a convincing victory at the Belgian Grand Prix, but Vettel insists it was closer than it seemed, “For me it wasn’t a dominant race, it was a very close fight.”

“Lewis was always one, two, three seconds behind. He had the same pace. We were driving to the same tenth and at some point he gave up.”

The four times F1 World Champion continued, “Last year it was apparent that we were very good until midway of the season, and then maybe some tracks that didn’t suit us, some DNFs that we had.”

“This year unfortunately in some ways has been similar, that just some races we didn’t have the pace compared to Mercedes. They were able to win the races, but we were not able to get enough points. We lost momentum also because we were not fast enough.”

“Within two, three, four races – I don’t need to explain to you, you know yourself – there was quite a big gap. So, yeah – that has been a shame,” added Vettel.