Domenicali: It hurts physically to lose out on F1 title 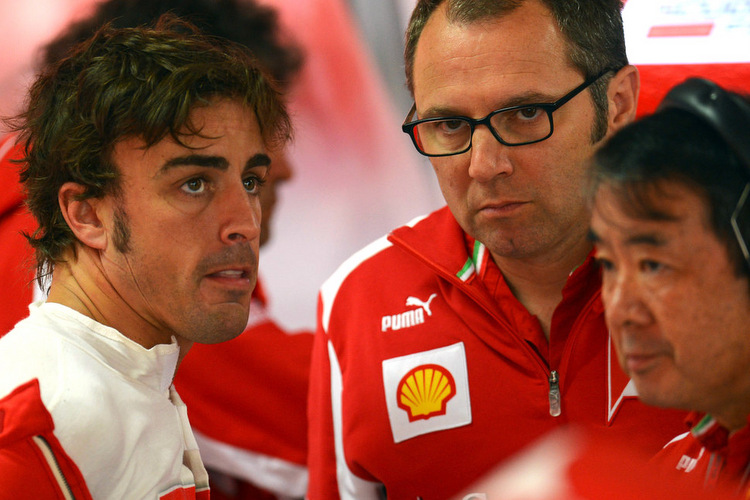 Former Ferrari chief knows a thing or two about the joy of winning Formula 1 World Championship titles and the lows of defeat thanks to the years he spent at Maranello working with the likes of Michael Schumacher, Fernando Alonso, Felipe Massa and Kimi Raikkonen.

As Team Manager then Sporting Director at Ferrari during the Schumi golden years, in which the team won five F1 drivers’ and six constructors’ world titles.

He was promoted to Team Principal in 2008. That year the Reds won the constructors’ championship but also suffered the narrowest of defeats in the drivers’ championship with Felipe Massa losing out to Lewis Hamilton.

Under his watch, the team came close again twice with Fernando Alonso but it is now a decade that championship titles have eluded the sport’s most successful team.

This year, in the drivers’ contest, it was not close for Ferrari and their ace Sebastian Vettel as their nemesis, Hamilton, wrapped up the title with two rounds remaining.

Nevertheless, defeat will be hard to stomach for the Italian team as it was a season in which, perhaps for the first time since the new turbo era, they had the package to take the fight to Mercedes but slipped up badly in the latter half of their campaign.

Domenicali knows the agony of defeat too well, especially the impact it has at Maranello and in Italy for that matter.

Domenicali: I said please tell Antonio [Felipe’s father] that unfortunately, we have lost

Starting with that agonising final lap of the 2008 Brazilian Grand Prix, he recalled those narrow misses in a recent interview, “Twenty-three seconds. I remember it like it was yesterday!”

“Everyone was already screaming but I was watching the GPS and I saw Lewis approaching and when I noticed that in the penultimate corner he was getting closer, I said… well, I cannot say exactly what I was I thinking!”

“But I turned around and on the screen, Felipe’s family were cheering. I said: please tell Antonio [Felipe’s father] that unfortunately, we have lost. It was really tough.”

“But if you look back at the image of the podium, Felipe was so proud of what he was able to achieve. I was really impressed by his reaction.”

“I remember later on we were in the room where he was changing. His wife and family were there and we didn’t say anything because… what can you say? When you lose this way it hurts a lot,” lamented the Italian.

More agony came along when Alonso came desperately close on two occasions, Domenicali continued, “I remember the same situation when we lost in 2010 and 2012 with Fernando. I can recall the nights we didn’t sleep, and I said it’s not possible, for the second time in a row, losing the last race in that way.”

“Of course, it was the fault of the team because there were two drivers to cover, Vettel and Webber. It was more difficult in 2012 because we were leading the championship by 50 points before the summer break.”

“You come out very strong after these things because it hurts physically,” admitted Domenicali who has since departed the Scuderia and now heads up Lamborgini since 2016.

Domenicali: Formula 1 was my life. I was at Ferrari for 23 years and the passion is still there

In two years he has doubled the size of the company. Before that he was Vice President, New Business Initiatives at Audi which was set up to study a possible foray into F1 by the German marque, a project which was shelved long before it got legs.

Racing is in the 53-year-old’s blood, he explained, “The passion started when I very young when I was a kid in Imola watching all kinds of racing, two wheels, four wheels… it started from there. At Imola, the school is behind the track.”

“You start spending all your weekends there – your curiosity develops and that’s where the passion came from. It might seem strange but it’s true: when I was a teenager at school, I used to spend my weekends at the track at Imola, helping to park trucks in the paddock.”

“There is a photo of me when I was young which shows me parking those trucks. Later, many of the people in that picture went on to become my colleagues. That photo is very special to me because it reminds me of my roots.”

The inevitable question: Do you miss Formula 1?

Domenicali replied, “Formula 1 was my life. I was at Ferrari for 23 years and the passion is still there. Your stress level is very high when you are in Formula 1 and of course in one way I miss it but what I’ve gained is more time for my personal life, for my family.”

“I’m still involved, as I’m on the World Motorsport Council as President of the FIA Single-Seater Commission, so I am in touch with everyone. I still follow Formula 1 but in a different way, and now I’m totally committed to a different job,” concluded Domenicali.