Prost: This year Hamilton was impossible to beat 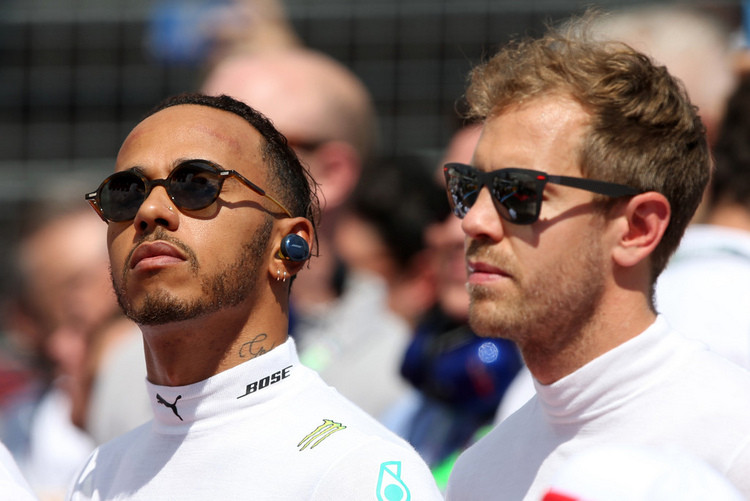 Four times Formula 1 World Champion Alain Prost believes that this year Lewis Hamilton was impossible to beat because he raised his game whenever required even if he did not have the best package at his disposal on a given grand prix weekend.

Speaking to Sky Sports after witnessing the Mercedes driver go one better than him by claiming a fifth world title, Prost said, “Lewis was psychologically very strong against Seb this year. He was very mature and under the circumstances, he was impossible to beat.”

“Sebastian also had a good season, but not good enough to beat the combination of Lewis and Mercedes. He made mistakes at the wrong time, as in Baku or Hockenheim, otherwise he would have been 30 points ahead at the time and with less pressure.”

“Multiple world champions are obviously doing something different from the others. The biggest different I notice about Lewis is how he forces himself to become an even better driver.”

“This was perhaps his best season and he can be even better. Even if his car is not that good, he takes second or third place, and if he has to do something special in qualifying he is able to, like in Singapore.”

“[Mercedes] supports Lewis in his special way of life, which gives him a lot of confidence and strength which is very important to him,” added Prost.

The 63-year-old is a living legend of our sport, a dominant driver in an era with several huge names on the grid, none less than Prost’s nemesis Ayrton Senna.

Indeed the Frenchman is on everyones top five best F1 drivers of all time, but he himself is cautious when dishing out the massive accolade: Greatest Of All Time

“You cannot compare the generations. Senna and I were perhaps the best of ours. Now you can only say that Lewis is one of the best, if not the best of his generation,” ventured Prost.