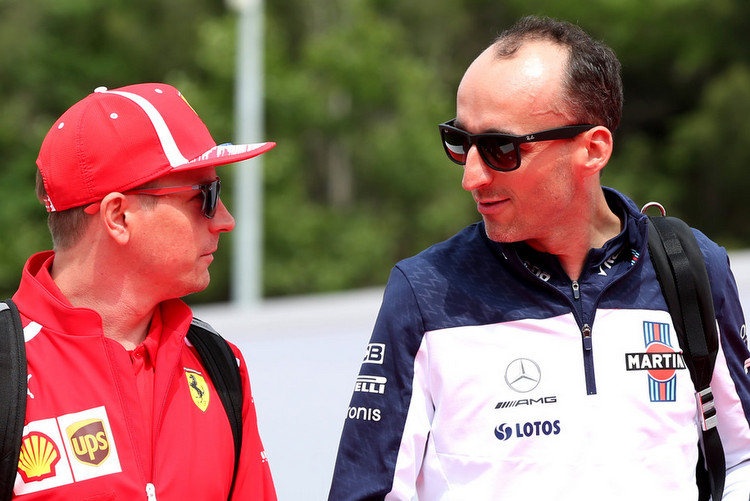 Robert Kubica is keen to step up onto the Formula 1 grid with the only seat available at Williams, but at the same time, the popular Polish driver would not mind a chance to don the red overalls of Ferrari even if it means his role will be limited to simulator duty.

It is no secret that before his horrific rally accident in 2011, Kubica had signed an option to join Ferrari and it appears that the Scuderia dream is still recurring.

“If there is a chance, even if only for a short test to wear the red overalls, then for me one of the biggest dreams of my life will come true. I have been close once, but it never became reality because of my rally accident.’

“I’m not saying it’s going to happen, but if there’s a chance, for sure I will think about it,” added Kubica with reference to a sim driver role at Maranello.

Meanwhile, one Williams seat has been filled by Formula 2 ace George Russell while a number of drivers are on the list for the second seat, including the likes of Esteban Ocon, Robert Kubica, Sergey Sirotkin, Nyck de Vries and, supposedly, Esteban Gutierrez.

Deputy team chief Claire Williams confirmed that Russell was chosen on merit and a driver they intend grooming for the future, but the economic reality at Williams – battling with an “evil” car at the wrong end of the grid – is the second driver will have to bring along money and win the inevitable auction for that last available cockpit for 2019.

All the candidates will be hard at work piling up money to throw into the kitty when decisions are made at Grove, Kubica reportedly has more backing than he had last year and acknowledged, “It would be nice to be able to race next year, but the comeback must also work.”

“I do not want to force anything. It should be a reward for a long journey. It’s got to be about the environment and the people I work with.”

“It’s no secret that Williams looks for drivers to fill Lance’s place. They landed a good youngster with George Russell. It now depends on what Williams expects from the second driver. I can only help them if they have the same goal as me and of course and what I can offer must also fulfil what they need.”

Although racing in the top flight is his priority, he is open to other motorsport disciplines, “I am not ruling out racing next year and I am confident that, in one way or the other, I find something that fulfils me and I enjoy, it could also be outside of Formula 1.”

With 19 of the 20 seats available on the 2019 grid taken, time is running out on a decision for next year, a fact that the 33-year-old laments, “We are already late. I wanted to know it yesterday but I expect it to be cleared up in less than two weeks.”

Big Question: Is Robert’s quest for a Formula 1 return a lost cause?