Brawn Report: Ferrari mustn’t throw any babies out with the bathwater 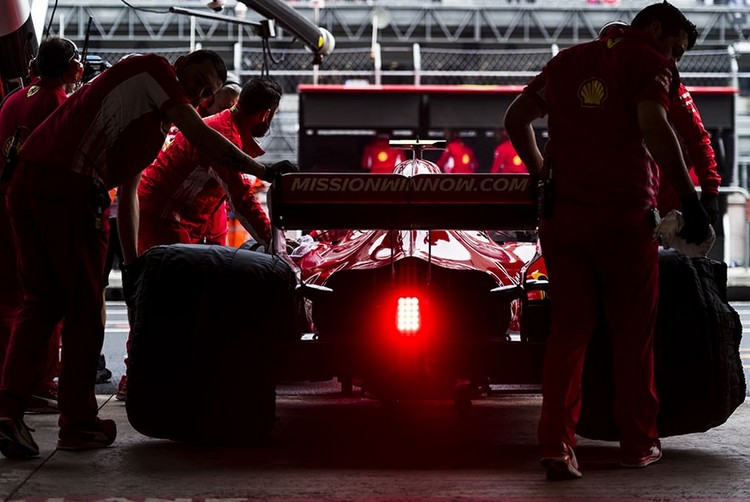 And as the Mercedes driver clinched the crown, Max Verstappen also notched a fifth of his own, with the Dutch driver adding to his career wins total and once again marking himself out as a champion of the future.

“It’s hard to know how to congratulate Lewis Hamilton for his fifth world title. It puts him level with the legendary Juan Manuel Fangio and that’s simply incredible.

“It’s also hard to find a sportsman in any other field who has achieved so much in so short a space of time. This is Lewis’ 11th season in Formula 1 and he’s won the title in almost half of them, which is truly amazing.

“It’s always hard to draw comparisons, but this was maybe the hardest won of all his titles. It’s true that the first one, in 2008, came after his rival Felipe Massa thought he’d done it for a few seconds after the chequered flag, but that year, Hamilton’s car was always better than, or at least equal, to the Ferrari. However, this year Mercedes faced stern opposition, again from a Ferrari car that was usually more competitive, as indeed was the case in Mexico.

“To take the title with two races remaining is even more impressive, with Lewis supported by an equally brilliant team. If I had to choose one characteristic that makes Lewis special, it’s his ability to win so many races in which he wasn’t the favourite, as we saw several times this year – in Hockenheim, Budapest and Monza to name but a few.

“Of course, he also won those in which he was deemed to be the man most likely to win. It’s a characteristic he shares with the only driver to have won more titles than him – Michael Schumacher. Lewis was already part of Formula 1’s history and now he is truly a legend of the sport. Well done indeed!

Brawn: Max Verstappen was undoubtedly the best driver of the Mexican Grand Prix

“Max Verstappen was undoubtedly the best driver of the Mexican Grand Prix weekend. His fifth win in a still developing career was well deserved, given that he was out front for pretty much the whole weekend. There was just that one magic lap in Q3 from Red Bull team-mate Daniel Ricciardo that denied him pole position.

“But as the lights went out, Max immediately got the better of his team-mate and from then he was able to manage the race, taking no real risks. Certainly, in a race where tyre degradation was the key factor, one always had to be careful, but Max once again demonstrated great maturity.

“He pushed when he had to and managed the situation when necessary. His quick laps towards the end wiped out any possible threat from Vettel, and that showed he knew exactly what he could ask of his car.

“It has to be said that not since Monaco have we seen such a competitive Red Bull, both on a qualifying lap and over a longer distance. But once again reliability was the team’s weak point and hydraulic failure robbed Ricciardo of a clear podium finish, which would also have been well deserved.

“Verstappen is still in the running for third place in the Drivers’ classification, and given his current form, scoring 58 points in the last three races, the most of any driver, anything is possible.

“In Asia, Ferrari seemed to be struggling and was no match for its major rivals, but in North America the Italians fought back with three podiums, including Kimi Raikkonen’s win in Austin, which closed the gap to Mercedes by 33 points in the Constructors’ Championship.

Brawn: In the post-race conference, Vettel seemed dejected and I can understand that

“However, it was not enough to keep the Drivers’ battle open any longer. At least the result in Mexico means there’s a chance the teams’ battle could go down to the wire over the last two races.

“Vettel struggled in Austin, but in Mexico City, he stepped up and fought right to the end to try and take a win, a feat that had eluded him since Spa.

“Räikkönen, the only driver to complete the 71 race laps with a single pit stop, also drove a great race, even if it was constrained by a strategy that was more focused on tyre management than on putting the pedal to the metal.

“In the post-race conference, Vettel seemed dejected and I can understand that. When the goal you have been chasing all season is definitively put out of reach there’s a lot to regret if one looks back on previous races, what might have been, and what could have been improved on.”

“These are situations I know well. I’ve experienced them at first hand in the same team as the German. Ferrari and Vettel must start over from here, by understanding what went wrong and improving on it, without panic, and without knee-jerk reactions.”

“In just two seasons, Ferrari has once more become a contender for titles, something that seemed difficult to imagine at the start of this hybrid era, given Mercedes undoubted power advantage. Now Ferrari has to move forward, without throwing any babies out with the bathwater.

The race in Mexico City was run in two divisions

“The race in Mexico City was run in two divisions, which is nothing new in recent years, but we’ve never seen just four cars complete a full race distance, with all cars outside the top three teams finishing two laps down on the winner.

“Apart from the usual performance gap, this time there was also a gap relating to tyre management on a track that gave the tyres a hard time. Nico Hulkenberg, Charles Leclerc, Stoffel Vandoorne and Marcus Ericsson, sixth, seventh, eighth and ninth respectively, all made a single stop, changing tyres between lap 11 and 16, but after that they were treading on eggshells in their efforts to get to the end and that led to a veritable abyss between them and the front runners.

“Even the drivers from the top three teams had their work cut out, especially Mercedes who suffered from unusual graining, while the others seemed constantly on the look out for signs of trouble, not using the tyres to the full except in the crucial moments, as Verstappen and Ricciardo did when Vettel closed in on them.

“Pirelli does not have an easy job: on the one hand it is asked to bring tyres that make for exciting racing and tyre degradation definitely does that, while on the other hand they are asked to deliver tyres that allow the drivers to exploit their cars’ potential to the full.

“It’s not always easy to find the right compromise and that’s why it’s very important to work together because Formula 1’s next venture should offer the on-track show that everyone wants, drivers and spectators included.

On the subject of spectators, from what I could see on television, once again the Autódromo Hermanos Rodríguez put on an amazing show for the pinnacle of motorsport.

Over 135,000 people turned up on Sunday, over 330,000 for the whole weekend, packing out the grandstands and the paddock, where, according to what friends and colleagues in attendance told me, made for an electrifying atmosphere.

“Noise, colour, masked people, all sorts of activities for team members and fans, music from world famous DJ Armin van Buuren, and more traditional sounds from the mariachi bands, were all ingredients that once again made this a really special event.

“As ever, the Mexican Grand Prix promoter did an amazing job and the race is an example of what we would like to see everywhere, with the right mix of a great sporting event with various forms of entertainment.

“In the future, Formula 1 has to deliver that blend if we are to consolidate and expand the sport’s popularity: an entertaining event for all age groups with its beating heart coming from the very highest level of motorsport, the only one where the best drivers on the world race each other in the most technologically advanced cars.”

“That’s the challenge we face in the near future and it’s one we share with all of Formula 1’s stakeholders,” concluded Brawn.