Wolff: The grid has the potential for carnage 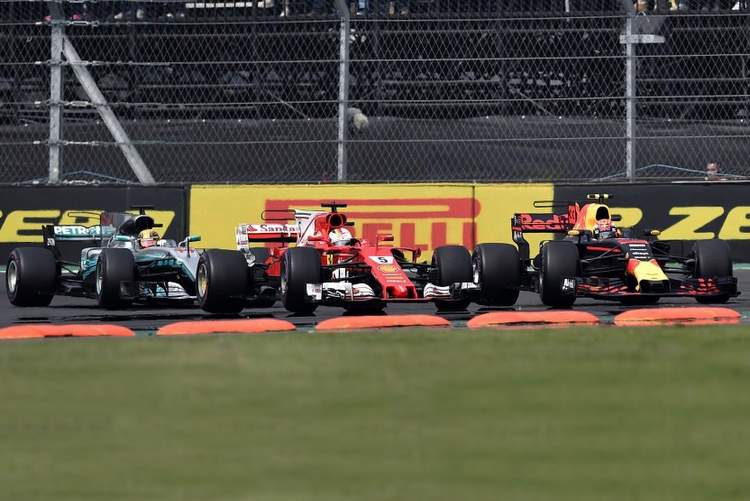 With both Red Bulls occupying the front row for the start of the Mexican Grand Prix and title contenders Lewis Hamilton and Sebastian Vettel lining up behind the blue cars, the chance of a first lap incident is heightened according to Mercedes chief Toto Wolff.

Daniel Ricciardo will start the race at Autodrome Hermanos Rodriguez, with teammate Max Verstappen alongside him – the pair set to duel wheel-to-wheel on the start line to Turn 1 drag race with Ferrari and Mercedes keen to get in the mix early on.

Wolff is worried, “The grid has the potential for carnage on the straight and through the first corners, because you have the two Red Bulls who have the least straight-line speed on the front row, and then it’s us and then the Ferraris are obviously almost 10kph up on everyone else”

“I try to visualize how that could be like down the straight and through the first corner — I just hope we come out of it with two cars intact,” added Wolff clearly recalling last year’s contentious opening lap when Vettel, Hamilton and Verstappen tangled.

This time around Vettel needs to win the race while Hamilton needs only finish seventh to wrap up his fifth world championship. Last year Verstappen won the race and the Mercedes driver did enough on that day to clinch his fourth world title

For Wolff the title is merely the cherry on the cake, victory on race day is what his team are targeting, “Luckily I forget quickly about the past because we suffered too much. I think … it’s having the mindset of really extracting the best performance out of every single day.”

“I’m happy with what we have achieved [in qualifying] and now it’s about carrying it through. We have it in our hands in that having a good result with Lewis, that could be the decisive result for his championship. But it is not done yet.”

“We mustn’t drop the ball. It’s about carrying the ball over the line, and this exercise needs to happen and in Brazil. This is why I don’t want to think too much — none of us wants to think too much — about the championship, but just really concentrate on the task at hand,” explained the Mercedes team chief.