Horner: They’re free to race but have to keep it clean 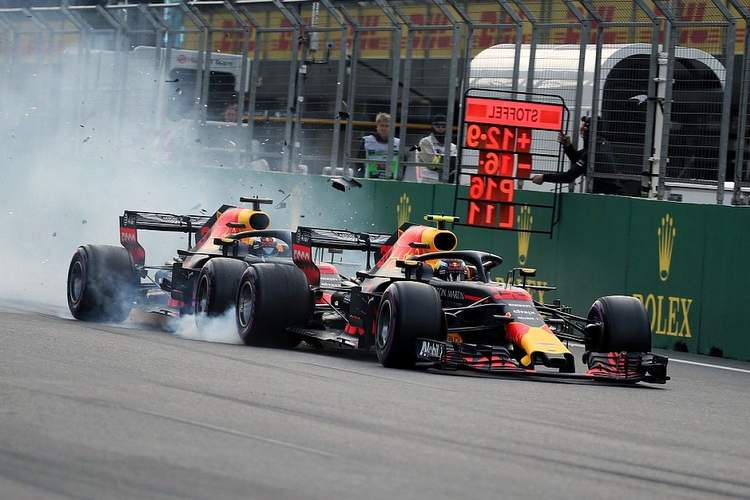 Although they are “free to race” there is no doubt during the pre-race briefing Red Bull chief Christian Horner will have reminded his drivers Max Verstappen and Daniel Ricciardo of their spectacular collision during the Azerbaijan Grand Prix in April.

Today the pair will start the Mexican Grand Prix from the first row of the grid, an all blue front row lockout for the first time since 2013.

In Baku earlier this year, the Red Bulls collided while duelling for fourth place during the race. Both suffered DNFs, obviously, the team were not happy with their drivers who also received penalty points on their F1 licences for their shenanigans on the day.

Fast-forward to now after a tense qualifying, in which Ricciardo snatched the top spot start from the grasp of Verstappen, the stage is set of a thriller where avoiding contact with the pack chasing into the Turn 1 and Turn 2 complex will be crucial.

Sebastian Vettel who starts directly behind Verstappen needs to win the race to keep his very slim title chances alive suggested that the Bulls might do him a favour and “beat themselves” in the race.

Speaking after qualifying at Autodromo Hermanos Rodriguez, Horner said of his drivers, “They both really want it. They’re both part of a team, they’re free to race but have to keep it clean.”

“It is not going to be won at the first corner, it is about making sure we have a strategy to keep ahead of Ferrari and Mercedes. We put a lot of emphasis into this race, we knew it represented a chance for us and at this altitude, we are right there.”

“Those Ferraris and Mercedes on the drag race are so strong in a straight line, we’ve got to be more focused on what they are doing instead of just focusing on themselves.”

“We know we have a great team, great drivers, even with Daniel leaving next year and with Pierre Gasly coming in, if we can just get some more horsepower we can give Ferrari and Mercedes a tough time,” added Horner.