Alonso: Formula E is not part of my future plans 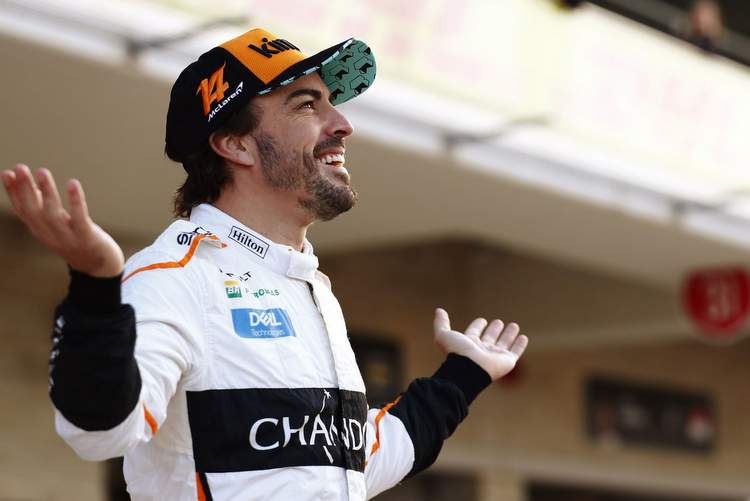 Fernando Alonso has indicated that he will not contest Formula E next year, although he acknowledged that he is familiar with the series he made it clear that it was not interested in taking part next year.

The veteran Spaniard will quit Formula 1 at the end of the season to pursue alternative disciplines but Formula E is not on his radar.

When asked about a Formula E programme, Alonso told AS, “All motorsport categories are interesting to me. I watch them on television, I like what I see because I am passionate about motorsport, but I do not see [Formula E] as part of my plans right now.”

Formula E boss Alejandro Agag has made no secret of the fact that he would welcome his compatriot to the all-electric series and the McLaren driver admits there has been contact, “I have spoken with him, but it has always been clear I would not be racing there next year.”

Although Alonso’s career in the top flight ends after the season finale in Abu Dhabi, he is still part of the #8 Toyota Gazoo Racing WEC outfit, where he leads the double-header SuperSeason which has three rounds that run into 2019.

The 37-year-old continued, “Right now there are two things in the air, but nothing has changed since two weeks ago. There are two championships that I’m interested in and I need to see how I can combine them.”

“There are also some other challenges that might be interesting. Once I study everything, I will see the calendar and see if I have the free time. I also need life outside of Formula 1, have some fun before making a final decision.”

A much talked about McLaren foray to Indycar next season fizzled out, and since then the Spaniard has cooled with regards to doing a complete season Stateside. However, another stab at the Indy 500 to complete the Triple Crown of Motorsport could also be on the cards for the double F1 World Champion.