Domenicali: Schumi never said a word against the team 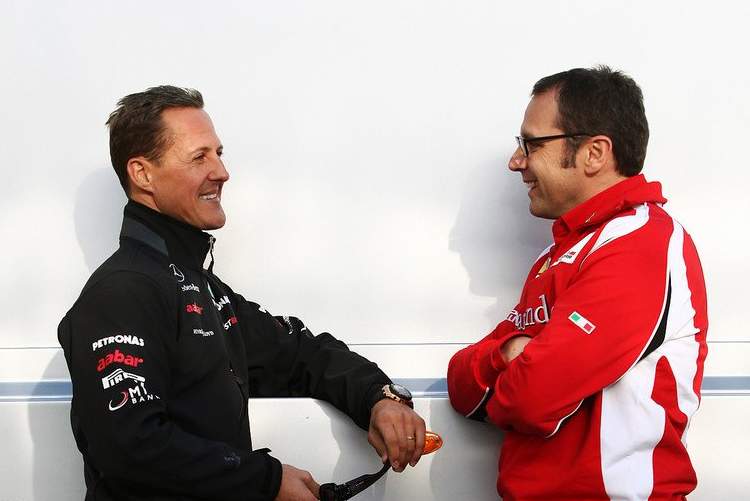 Before he became Ferrari team principal in 2007, Stefano Domenicali was an integral part of the great Michael Schumacher era at Maranello, looking back on that period the Italian recalled how Formula 1’s most successful driver never criticised his team.

Let’s talk about the influence that Michael Schumacher had on the team, as you were there throughout his time at Ferrari.

Domenicali said in an interview published in the Mexican Grand Prix magazine, “The thing that amazed me was that you never heard him say a single word against the team.”

“I remember when he had the big crash at Silverstone, in 1999, when he broke his leg. The problem was that we didn’t fix a joint in the braking, so there was no pressure. But Michael never said that officially – he never said anything against the team publicly.”

Domenicali: He had this ability to close his eyes and imagine what he could do to improve his level

“When you’re a part of a group, something like that really makes a difference. The mechanics were totally on his side because of his attitude.”

“On the professional side, what I learned from him was this: close your eyes and try to do a super slow-mo on the performance, in order to see that every single frame of a lap has something to give in terms of gaining an advantage.”

“By doing that, he was able to work with the engineers and invent switches to give a different performance – under braking, at the entry of the corner, in the middle of the corner and at the exit. He had this ability to close his eyes and imagine what he could do to improve his level, both as a driver and as part of a team.”

“That was the most incredible thing that I saw when we were working together,” added Domenicali who in 2016 he was appointed CEO of Automobili Lamborghini.