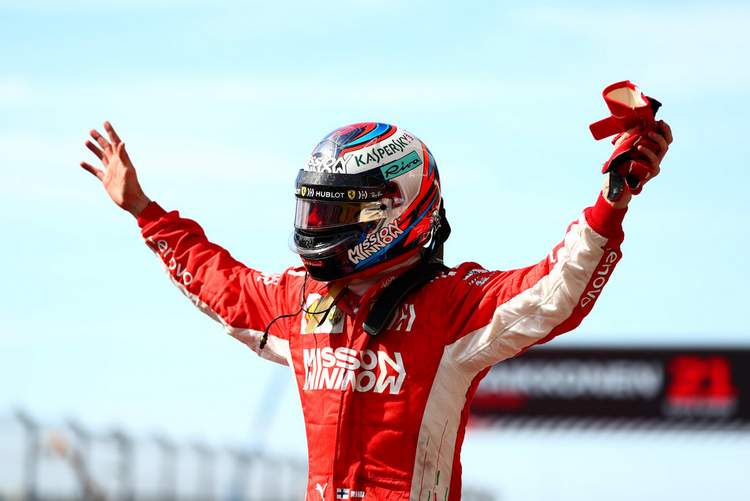 By all accounts, Kimi Raikkonen has led a pretty crazy life, but when he is on track the veteran Finn is quite the opposite as he acknowledges he may play a role in the final outcome of this year’s title race but not because of any on-track shenanigans.

Until recently Raikkonen had played wingman to Sebastian Vettel as the latter spearheaded Ferrari’s title tilt, but with the German in woeful form Raikkonen has been left to his own devices.

Fittingly his final season for Ferrari will already be remembered for the fact that when set free by his team the veteran broke his winless run of 113 races with victory at Sunday’s United States Grand Prix.

Ahead of the race weekend in Mexico, Raikkonen has made it clear he will not interfere with the title battle, “For sure my purpose is not to be any more aggressive against [Hamilton] than anybody else.”

“I don’t believe in doing crazy things. I want to do my race and do the best that I can do. If that impacts the championship then that’s how it is but I will not do any crazy stuff to be a part of it.”

“My job is purely to try to win, I’m here for that and I will play as fair as is possible and that’s how it’s going to be and how it’s always going to be. We know what is fair and what is not and I got a bit close once because I lost a bit of grip but there was nothing crazy going on.”

Kimi: We keep fighting until the last race and then we see what happens after that

Raikkonen won Ferrari’s last drivers’ championship back in 2007, a year later he and Felipe Massa delivered the constructors’ title. The Very Big Trophy has since eluded the Scuderia, but this year they are still in with a chance of spoiling Mercedes’ quest for ten titles in five years.

Raikkonen acknowledged he may have a role to play in his final races in Red, “I can only do my best. Whatever the end result is, that’s how it’s going to play out. For sure, if we have a chance to fight for a championship I will do my job and that would be absolutely perfect for all of us but we can only do our best.”

“I said that before the race and before many races and whatever the end result is, that was our best and if we would be second or third, it wouldn’t really feel too bad because I knew that I did the best I could and it was like this so I’m happy about it.

“We’ll go next weekend and try to do the best that we can. We keep fighting until the last race and then we see what happens after that,” added Raikkonen who after the last race of the season in Abu Dhabi will shack up with his alma mater – Sauber – for a two-year swansong.