Horner: Max is what people turn their TVs on to see 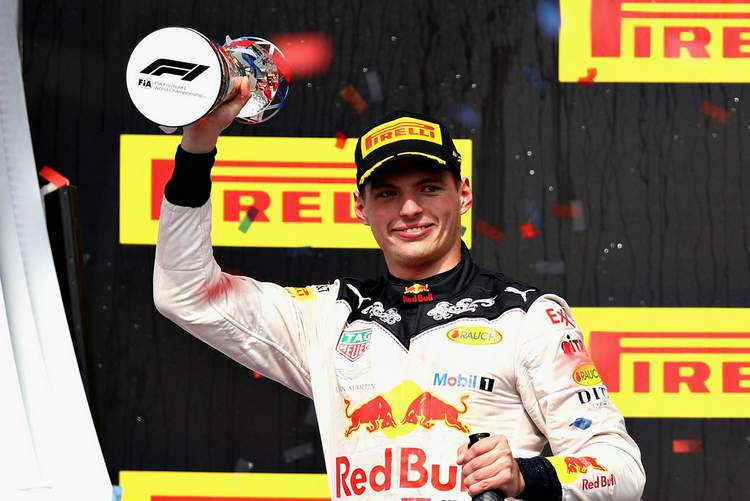 With access to exclusive data detailing how his cars are performing on track, Red Bull team chief Christian Horner was gobsmacked when faced with information on how Max Verstappen charged from 18th on the grid to second when the chequered waved to end the United States Grand Prix.

Awarded Driver of the Day for his efforts at Circuit of the Americas, Verstappen delivered a drive of a champion according to F1 chief Ross Brawn, while Horner was equally enthused by the team’s 21-year-old star.

After the race, the Red Bull team chief trumpeted, “It’s brilliant I mean what a drive, from 18th, I think he came out the first lap in ninth, and he’s beaten the pole position man. To be racing for the lead at the end of the race, defending from Lewis on a much better tyre. What a drive.”

Horner: This is vintage Max, he will just not give up

“There was a lot of focus going on behind about Lewis and don’t get too close to Kimi, and you could see the gap was getting closer, and closer and closer. Max was saying: yeah I’m doing it carefully. I think perhaps without Lewis behind him the last couple of laps, he may well have had a go!”

“This is vintage Max, he will just not give up. It’s great racing, fair racing between two hard racers. This is what people turn their TVs on and come to the races to see.”

As for the all revealing data Red Bull engineers can gawk at during and post race, Horner revealed, “The thing that is most impressive, all our tyre models were telling us there’s no way this tyre will make it to the end. He kept making it work, like In Austria and Barcelona. He got that supersoft to the end of the race.”