Alonso: F1 the only motorsport where talent is not enough 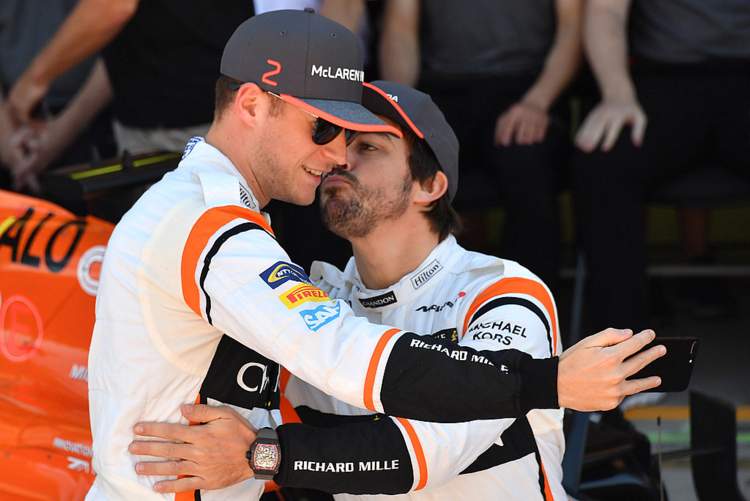 Fernando Alonso continues to pull no punches in his criticism of Formula 1 as the sun sets on his career in the top flight, the veteran Spaniard has taken another swipe at the sport that gave him so much by claiming that talent alone is not enough to succeed at the pinnacle of the sport.

Using Mclaren teammate Stoffel Vandoorne as an example, Alonso explained, “[Stoffel] won in every category he ever did, but Formula 1 is the only discipline in motor racing where talent is not enough to overcome the weaknesses of the car.”

“[He] was unlucky to be with McLaren at this time, with the cars he had at his disposal in these two years I think it’s a good thing for him to change,” added Alonso with reference to Vandoorne’s axing from the Woking outfit and finding refuge in Formula E.

Statistically, Alonso destroyed Vandoorne, outqualifying all this season and for a large chunk of the previous one too. This year the Spaniard has tallied up 50 points while his teammate only managed eight.

The Belgian 25-year-old arrived on the F1 scene with a splendid junior career CV, winning in every series he competed in, including the 2015 GP2 series, Formula 2 of the time.

His F1 debut in Bahrain as a substitute for injured Alonso in 2016 was stellar, outqualifying and beating veteran Jenson Button in the sister McLaren.

He replaced Button in 2017 with high expectations, but two seasons down the road exposed Vandoorne and quite remarkably his own boss, Zak Brown, recently lamented his driver’s lack of aggression despite previously encouraging other F1 teams to hire the man he fired.

The McLaren chief said of the driver of car #2, “He’s a very, very nice guy, but maybe he should have been a bit more aggressive with us. When Fernando doesn’t like something about the car, he does not hesitate to raise his voice. Maybe for Stoffel it was more difficult for him to do that in this environment.”

Which flies against Alonso’s claim that Vandoorne’s talents have been stifled, rather suggesting he did not have the ‘right stuff’ when he was thrust into the pressure cooker that is Formula 1. He is not the first driver (or last) with an impressive junior career to step-up only to falter on the big stage.

When the lights go out at Yas Marina Circuit after the season finale, Alonso will have competed in 312 Formula 1 races, finishing on the podium on 97 occasions, 32 times as a winner and along the way picked up the 2005 and 2006 F1 world titles with Renault.

With a full Indycar season out of the question, Alonso is likely to focus on his two-horse race WEC programme with Toyota Gazoo Racing where he is favourite to win the SuperSeason world championship, having already won Le Mans earlier this year.

The 37-year-old is targeting the elusive Triple Crown of Motorsport, only victory at the Indy 500 remains for him to claim the accolade only enjoyed by the late Graham Hill. Additionally, in his quest “to be the most complete driver in motorsport, Alonso is looking to tackle, to win, the world’s most iconic races.

Big Question: Is Formula 1 the only discipline in motor racing where talent is not enough?

Alonso: These guys are impossible to race with